City of Derry RFC giving back in time of need

In the most difficult of times, City of Derry rugby club are proving that sport can give back, with an extraordinary selfless gesture from its staff and players. 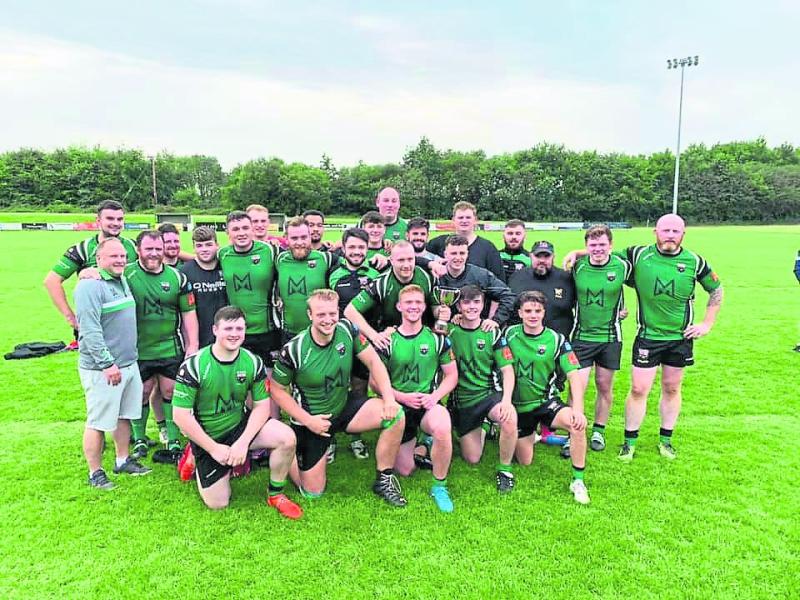 City of Derry staff and players are giving back to the community.

In the most difficult of times, City of Derry rugby club are proving that sport can give back, with an extraordinary selfless gesture from its staff and players.
Just last week, the Judges Road club were preparing for their All-Ireland League game with Sundays Well, hoping for a win which would take them away from relegation uncertainty and into a potential play-off position near the top of Division 2C.
But the worldwide events of the past few days have not only ended sport locally, nationally and beyond, it has also put any game into context, with people's lives at risk because of the spread of the Covid-19 virus.
Rather than sit around and wait for the latest news however, City of Derry Head Coach Paul O'Kane, his staff and his players have made a public offer to go out into the community to help in anyway needed.
O'Kane himself has already been out delivering groceries and prescriptions to the most vulnerable unable to travel in a bid to keep them safe during these uncertain times.
“It's just something that we thought we would like to do,” he explained. “I spoke with the president and I spoke with the vice-chair of rugby, and there have been plenty of the players who have stuck their hands up. We're all at a bit of a loose end now and we know that there's vulnerable people out there and to be honest there's been a very good response.
“It's certainly opened my eyes to how vulnerable in particular the old people are, even for simple things such as getting their shopping done or getting their prescriptions done and we've been out and about getting a few things done today. I think it's just important we try and do something.”
The importance of sport to the local community has never been more evident than in recent days with most sporting events and clubs taking a necessary step backwards. Sport however, can still give back, according to O'Kane.
“We're really an extended family when you see how far and wide it reaches and people maybe don't realise that sometimes because we're so diverse,” he continued.
“We're here for the whole community, we're cross community, we're cross-border and we have people involved in the club travelling from everywhere.
“It's just important to try and help anyone we can, even if they're not attached to the club, even if they're just a part of the city or wider area.
“We have players from Inishowen, Letterkenny, Strabane and Limavady, and from both sides of the water in Derry itself. We have footprints on every side of the community here. This is the least we can do for the wider rugby family in the city and the city in general.”
It could be weeks or even months before the sporting calendar resumes, but in the meantime, O'Kane is hoping that the crisis will bring out the best of our community.
“It's not just rugby because I'm a Derry City fan and I try to get to every game I can,” he said. “I'm from a gaelic background as well. I helped coach Doire Colmcille and I'm originally a Limavady Wolfhound, so it's great to see all those wee communities trying to do their bit, and we're a part of that.
“We're at a bit of a loss at what we do at the minute so we have to try and make the best of it and help whoever needs help and try to rally around. From a sporting point of view, you don't know what you have until you've lost it.
“It's crazy how much it affects us, even if it's sitting watching sport or going training. Some of the guys are going out of their mind because they can't train. It's been massively impactful and when we get back at it, I think we will appreciate things a lot more.”