Graham will play for Maryland side Loyola Greyhounds 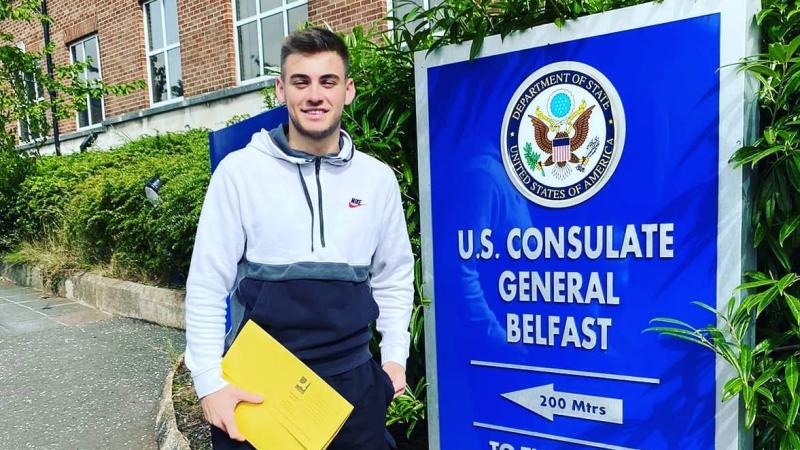 Ballinderry won't be able to call on the services of Sean Graham in this summer's championship.

Graham, a past pupil of St Mary's Magherafelt, heads across the Atlantic next week where he will study psychology at the Loyola University in Maryland.

Sean moved to England at the age 16, signing for Blackpool FC before his contract wasn't renewed during the Covid-19 lockdown spell.

On his return from England, he played football for Ballinderry, under the management of his uncles James and Niall Conway, on their way to the 2020 Derry SFC semi-finals.

Back on the soccer field, Graham he had spells with Larne and Ballymena United.

Through a soccer scholarship scheme, he has been granted his US Visa and heads to Maryland next week for the next chapter of his educational and sporting journey.

He will play with the Loyola Greyhounds, the university soccer team.