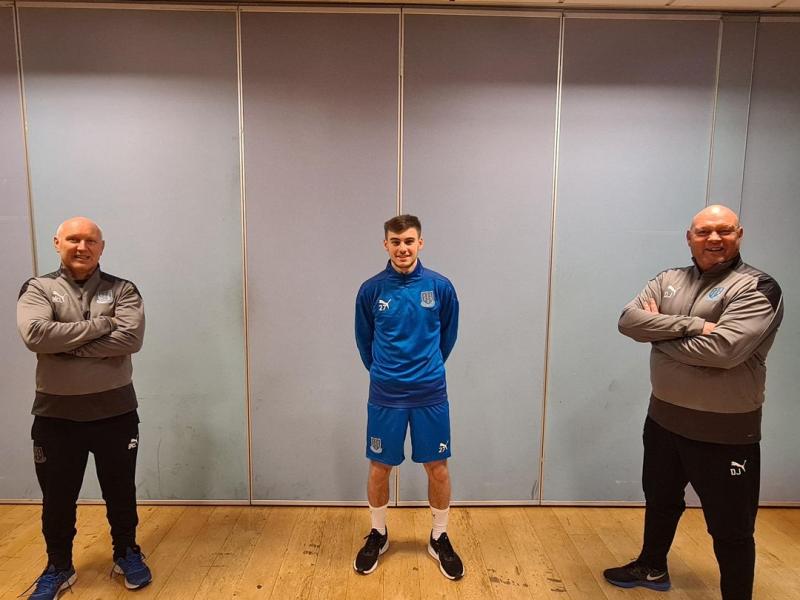 Ballymena United have signed exciting Ballinderry forward Sean Graham on an 18-month deal, taking him up to the end of the 2021/22 season.

Graham, from Ardboe, played underage Gaelic football with the Shamrocks and is a former pupil of St Mary's Magherafelt.

He was on the books of English club Blackpool before being released during lockdown last season.

On the Gaelic football front, he lit up the Shamrocks' attack - under the guidance of his uncles James and Niall Conway - last season.

He bagged a goal in a challenge game with Derrylaughan and scored 2-6 on the Shamrocks' way to the senior championship semi-final, including a man of the match performance against Ballinascreen and a penalty in their defeat to Slaughtneil.

The 20-year-old left sided player, a Northern Ireland U21 international, has been training with the first team squad.

Having come up through the youth ranks at Crusaders, he was spotted at the Super Cup by Blackpool, and went on to earn two Northern Ireland U21 call ups during a half-season loan spell at Larne in 2020.

Drumsurn man Cathair Friel has been put on the transfer list by Ballymena United, at his own request.

The 27 year-old former Coleraine, Limavady and Portstewart player has bagged 70 goals in 143 appearances for Ballymena since joining the club at the start of the 2016/17 season.