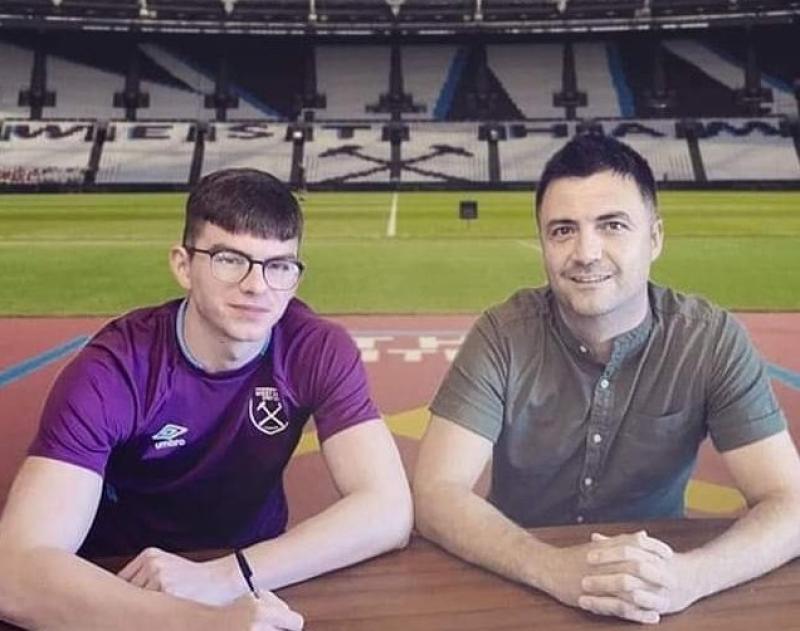 Forbes, from Ardboe, is one of eight new additions to the club's Academy on a a full-time scholarship deal.

“This group of players are at a pivotal moment in their footballing development as they transfer from being schoolboy players into a full-time football programme. As of July, they are full-time employees of the Club and they’ll be getting paid to play the sport they love," commented Academy Manager, Ricky Martin.

“This will also provide them with an opportunity where they can spend more contact time with the Academy, as they will now be undertaking daily training and educational programmes.

“I would like to take this opportunity to thank the players’ parents for their dedicated support in their sons development at the Academy, which has meant several trips every week for them to training and matches. Now, they are able to see their sons become more independent and have more responsibility for their development, as they become full-time players.”

Forbes was refereed to as a 'tough-tackling' centre-half on the Hammers' website after his recent arrival at the club.

"He came in on trial and got on really well with the lads. I think he could have a big future at the club; hopefully he can attack pre-season training and show everyone what he’s all about."

Michael follows in the footsteps of fellow St Pius pupil Aaron Donnelly who signed for Nottingham Forest.  They played on the same school GAA team and Forbes was on the side that qualified for this season's MacLarnon Cup final.

RELATED
- St Pius and St Patrick's may get to play in showpiece finals.  More...