A whole weekend of Messi vs Ronaldo on TV this weekend 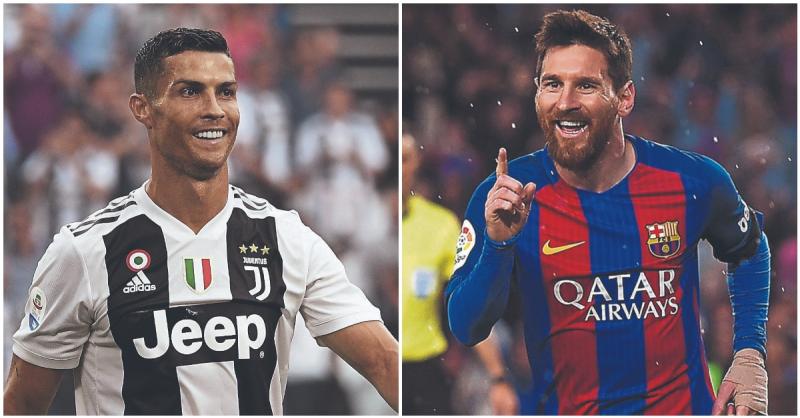 There’s a question that comes up in most football debates these days – who’s better, Messi or Ronaldo? This weekend Virgin Media Sport tries to answer that conundrum with a weekend of classic matches, goals shows and documentaries dedicated to two gods of the game.

The action kicks off on Thursday night at 8pm on Virgin Media Two with back-to-back UEFA Champions League finals, two games to showcase the talents of these footballing greats. First up is Barcelona’s dominant 2011 victory over Manchester United at Wembley, spearheaded by a Lionel Messi masterclass. That’s followed by Real Madrid’s 2017 defeat of Juventus, with Cristiano Ronaldo once again stealing the limelight.

Friday is dedicated to the mercurial Messi with an evening of his greatest Champions League performances from 7pm. Watch on as he scores five goals against Bayer Leverkusen back in 2012, and a bad-tempered El Clásico against arch-rivals Real Madrid from 2011.

Then there’s the 2019 semi-final first-leg against Liverpool, two crushing defeats of Manchester United and the 2018 victory over Chelsea, in which he scores his 100th Champions League goal.

On Saturday it’s a show-reel like no other with the highlights of Cristiano Ronaldo’s Champions League career. Tune in for the 2017 tie against Bayern Munich where he becomes the first player to notch a century of Champions League goals, and his 2019 hat-trick for Juventus which stunned Atletico Madrid.

There’s that incredible overhead kick for Real against Juventus in 2018 plus his hat-tricks against Atletico and Wolfsburg. No player is more synonymous with European football’s top competition.

Then on Sunday at 6pm, the evening starts with Messi: Goals, a run through his incredible tally of 114 Champions League goals. That’s followed by Messi: Unfinished Masterpiece, a documentary focusing on the Argentine maestro’s glittering Champions League career.

At 7.30pm, the turn of the goal machine that is Cristiano Ronaldo, as Ronaldo: Goals looks at his mindboggling record of 128 Champions League goals. Following that it’s Ronaldo: A Champion's Story a documentary focusing on his obsession with European football’s most glittering prize. The night ends with a series of Champions League finals, highlighting the class of these two great players.

Who is the G.O.A.T.? Is it Messi, with that finesse, balance and mesmerising dribbles with the ball seemingly tied to his foot? Or does Ronaldo’s athleticism, power, speed and an ability to score from anywhere give him the edge? Well, we’ll leave that one up to you.