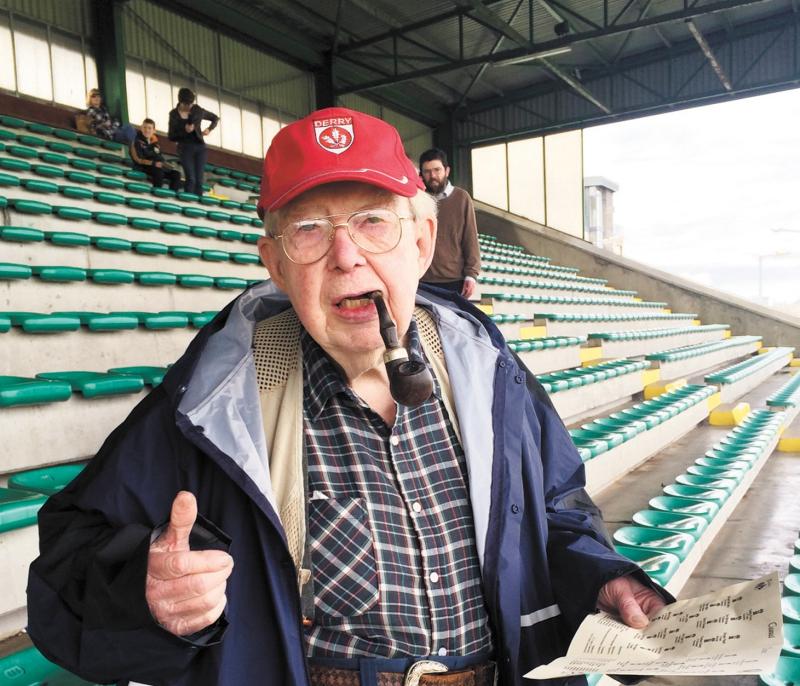 James Cormac Rooney pictured at Derry's visit to Kerry for a NHL game in 2014.

Ballerin born James Cormac Rooney passed away on Wednesday in Birmingham Alabama at the age of 89.

Rooney left for America at a young age before returning to Ballerin.  After going to back to the USA, he stayed there and was unable to travel home due to ill health.

He had a great love of hurling and followed Derry all over Ireland, as well as being a supporter of Ballerin and helped around the club.

Rooney was a graduate of Rutgers University and a lover of all things Irish. He was a member of the Ragland hurling club, the Democratic Party, and a member of the Catholic faith.

He was preceded in death by his wife, Marjorie "Marge" Rooney, who is buried in Ballerin. He is survived by his cousins, Brendan Thoms, James Thoms and Brian Thoms.

Condolences may be offered online at www.usreyfuneralhome.com. Usrey Funeral Home, Pell City, is in charge of arrangements.