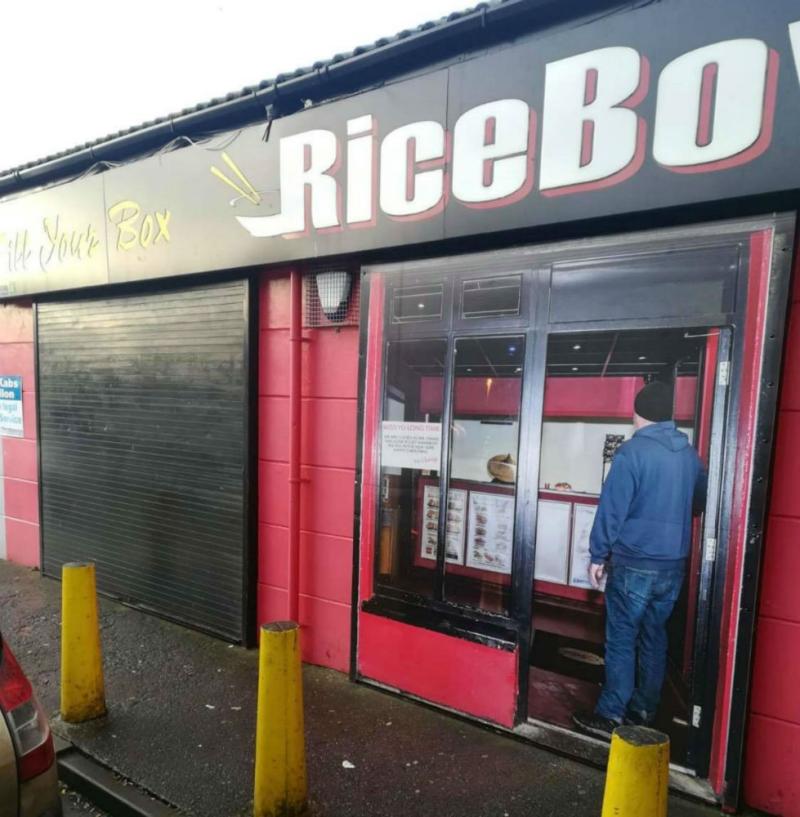 A Derry Chinese takeaway has shared footage of how it fooled customers into thinking it was open when it was shut.

The Rice Bowl (situated behind Daly's on Racecourse Road) closed for a month so the owner could get married.

But rather than put up a standard “closed” sign, a giant photo of a customer entering the takeaway was placed over the shopfront.

The owner – known only as Mr Chang – came up with the hilarious idea after an elderly neighbour said she didn’t feel safe without his customers about.

Mr Chang, 44, returned from his honeymoon to discover a month’s-worth of very confused – and hungry – customers on his CCTV system.

So he decided to share the best of the clips on social media.

The clips were captioned: “The award goes to the lady that tried to look through a window that is really not a window.”

The series of funny clips show baffled customers scratching their heads as they try to gain entry to the shop.

In one, a woman in a checked coat is seen attempting to push the fake door.

After getting nowhere, she then attempts to peer through the false window and pushes her full weight against the wall.