Case numbers have also risen despite a lower number of tests completed. 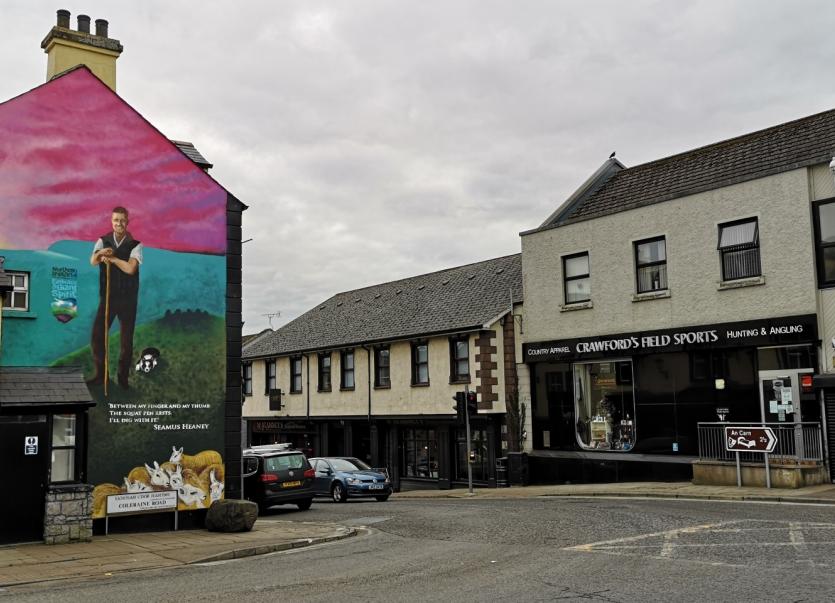 Maghera (pictured), Magherafelt and Waterside all saw a slight reduction in case numbers.

The NI Covid-19 dashboard indicated one death had occurred in the Causeway Coast and Glens area, with a further death in Derry and Strabane.

There were no deaths recorded in Mid Ulster, with the data also showing a reduction in case numbers for both the county's postal areas in this district. 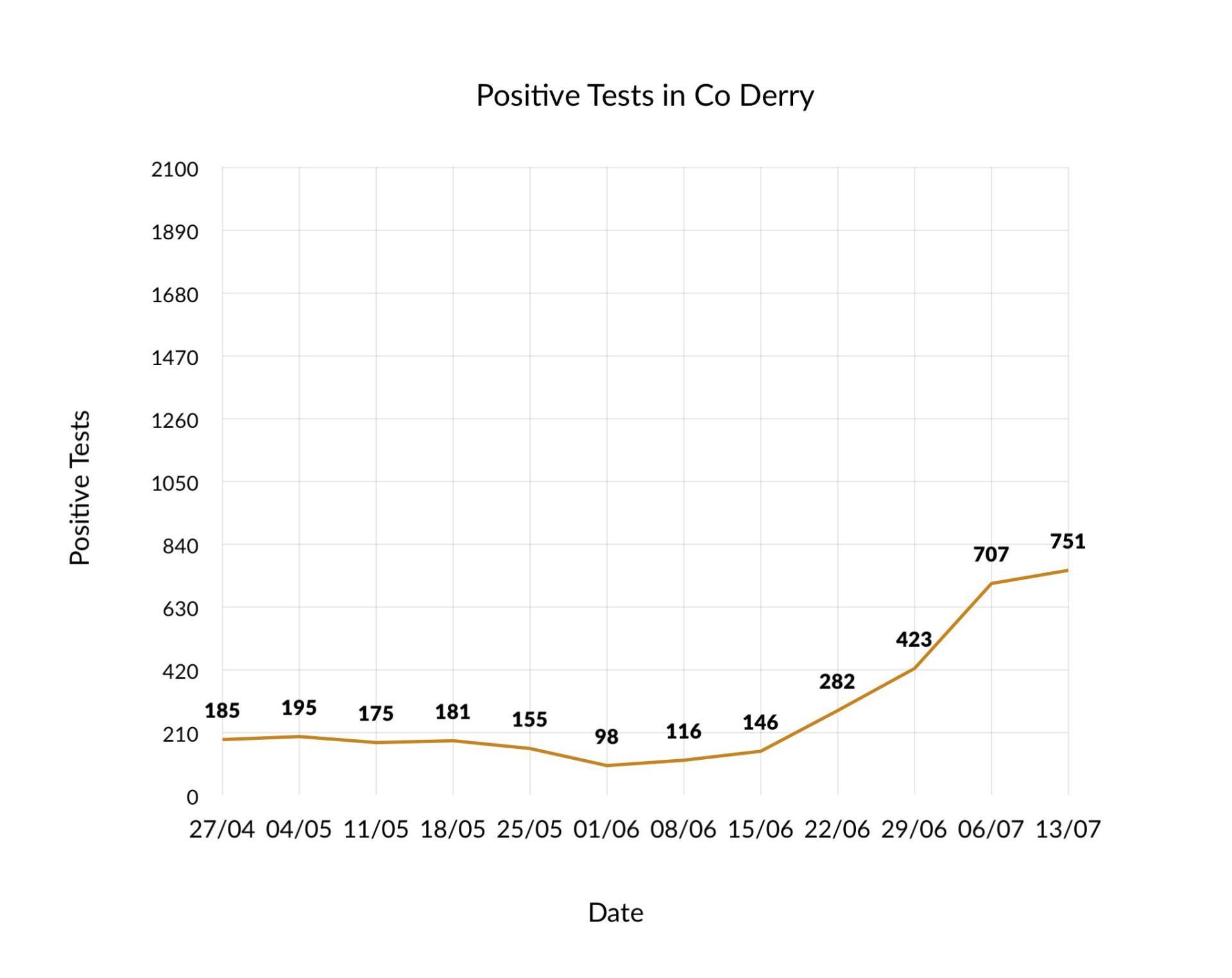 Overall, case numbers in Derry increased by 6.2% to 751 cases, a much smaller increase than the previous seven days. The rise comes in spite of an 11.8% decrease in the number of tests completed, which this week was 6,826.

Maghera (-39.3%), Magherafelt (-10%) and Waterside (0.6%) were the only postal areas in the county to record a decrease in the number of cases identified in comparison to the previous week. 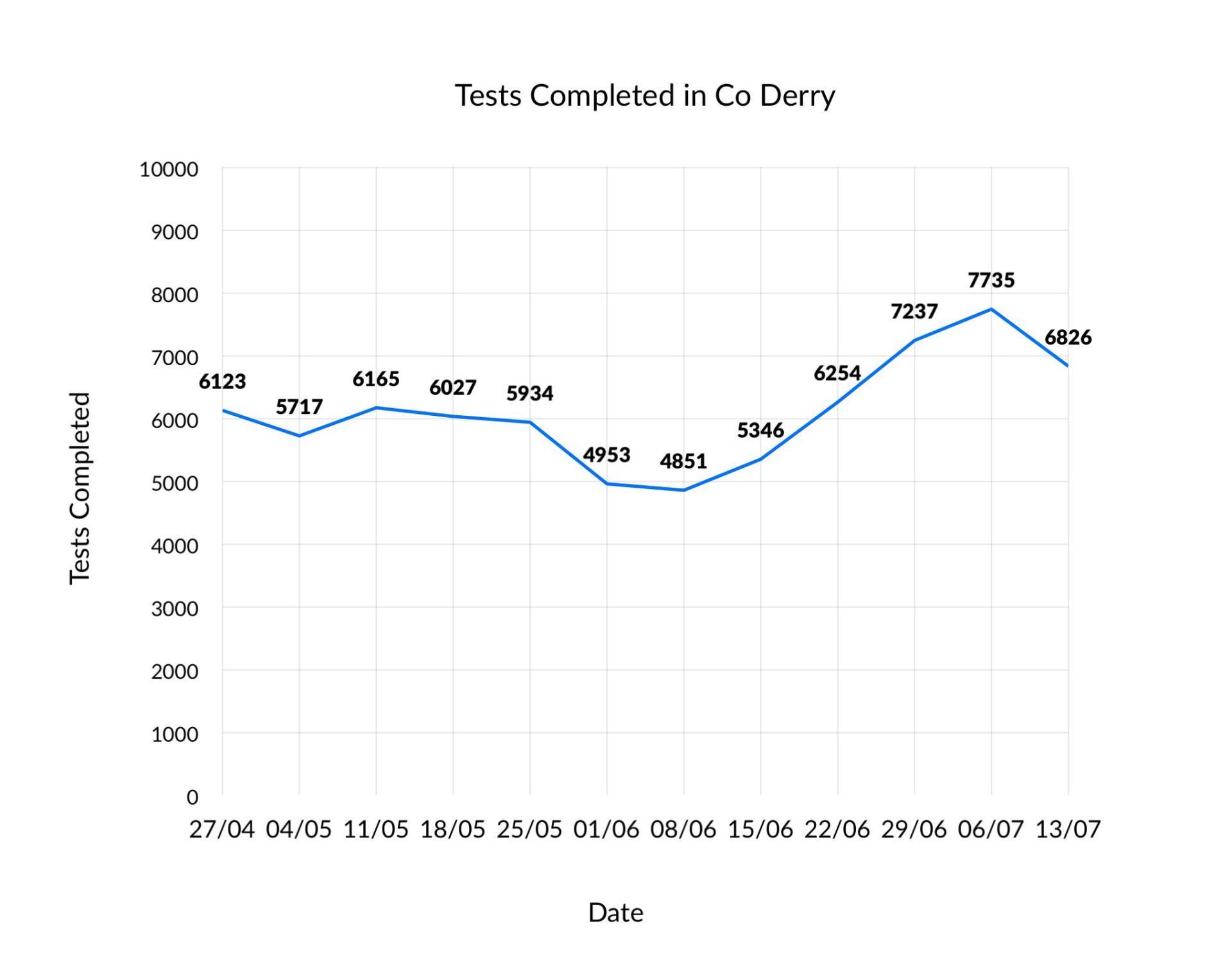 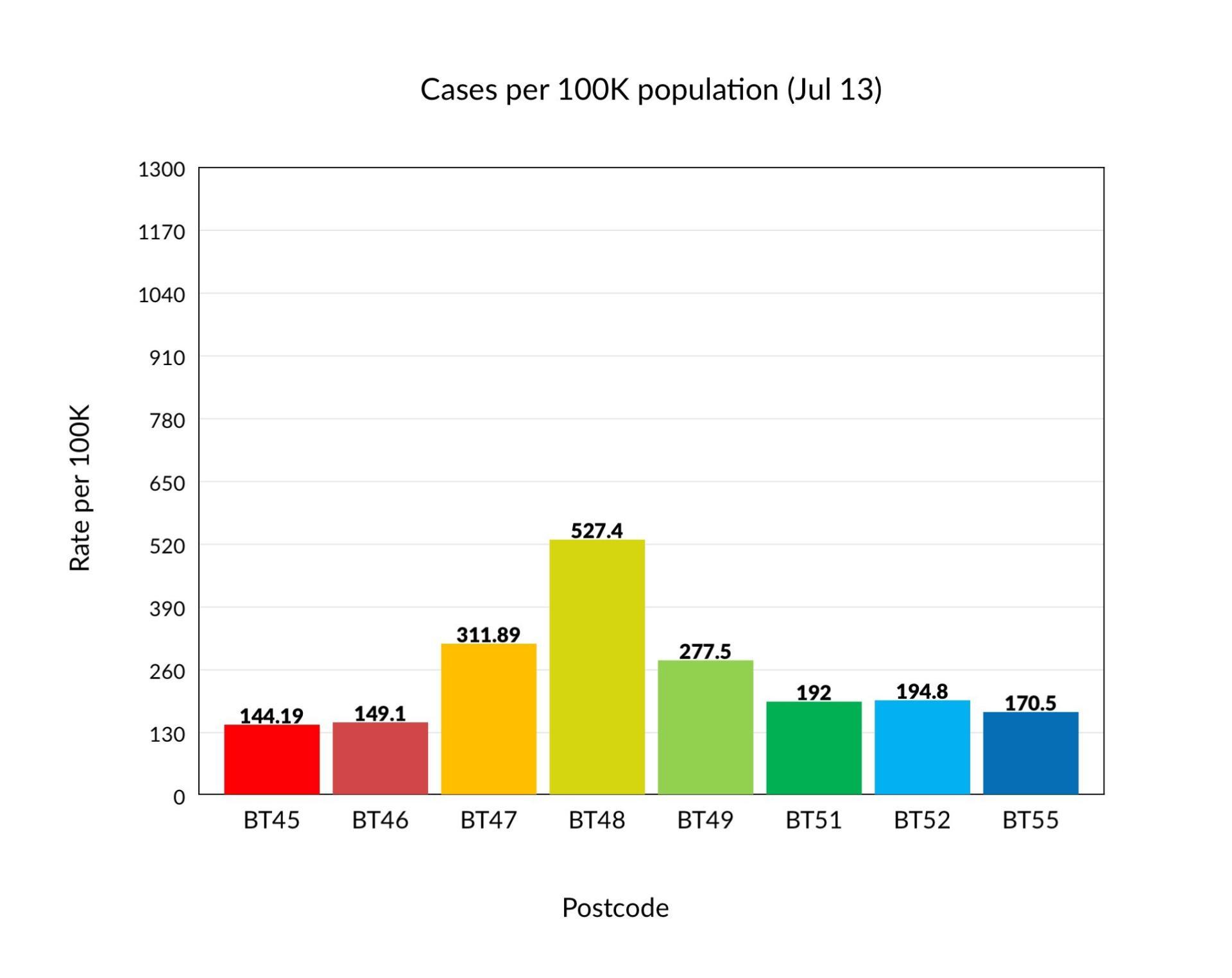 The percentage of people testing positive for the virus has also risen to 11%, with BT48's figure of 17% the highest in the county.

There has also been a marked increase in the number of Covid inpatients in the area's hospitals. 22 patients are currently being treated for the virus in Altnagelvin Area Hospital, an increase of 18 on the previous seven days. 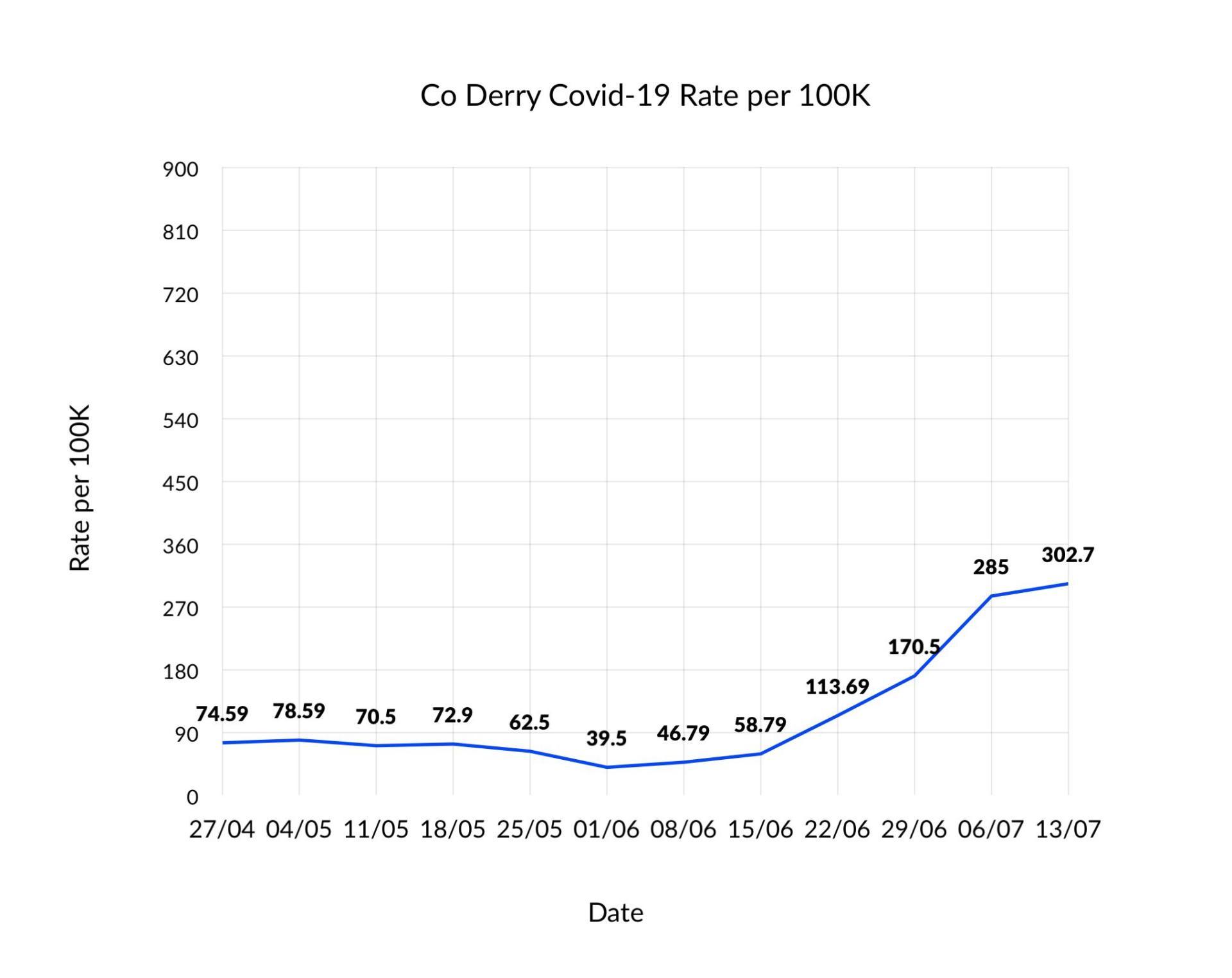 Five patients are being treated in Antrim Area Hospital, bringing the total number to five, while there are no inpatients at Mid Ulster Hospital.

One clinic will operate at Páirc Esler, Newry on Saturday July 17 from 1.15 to 3.15pm, while another will be available at Brewster Park, Enniskillen on Sunday July 18 between 12.00pm and 5.00pm.

First doses of the Pfizer vaccination will be administered on a first come, first served basis, with ID and proof of address required.

70% rise in County Derry Covid cases in past week

There have, however, been no deaths in six weeks.

Visiting 'paused' at Derry hospitals amid surge in Covid-19 admissions