Stephen Atherton, who is behind a challenge to the Executive, has also started a petition to challenge the NI Executive's decision. 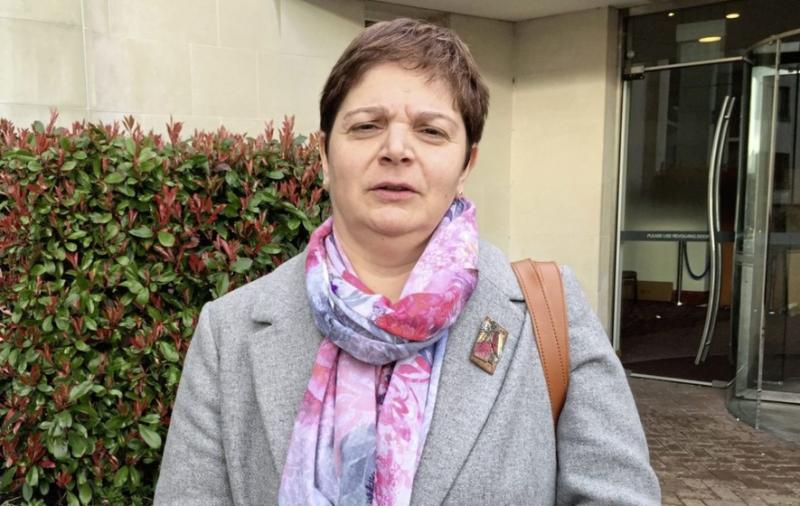 A director of a Magherafelt law firm behind a proposed legal challenge to the NI Executive's restrictions on outdoor children's sport has called on Children's Commissioner Koulla Yiasouma to resign her position.

Stephen Atherton, director of John J McNally & Co Solicitors, has also described the Executive's response to his initial correspondence as a 'cynical and deliberate attempt to frustrate' his legal challenge.

Mr Atherton yesterday announced his intention to lodge proceedings for a Judicial Review if the Executive did not reverse a decision to ban children's outdoor sport from Friday.

The challenge, taken on behalf of an 8-year-old boy, centres on the premise that the government has violated Articles 3, 12, 24 and 31 of the UN Convention on the Rights of the Child.

Article 3 states the government must consider a child's best interests, while Article 12 allows the voice of the child to be heard in decisions that affect them.

Article 24 underlines children's right to 'the enjoyment of the highest attainable standard of health and Article 31 recognises a child's right to rest and leisure and to engage in play and recreational activities.

However, Stephen has been left disappointed by their reply promising a formal response by December 1.

"The Executive’s failure to respond meaningfully thus far has inhibited my ability to lodge proceedings in the High Court," he said in a statement on the firm's Facebook page.

"The Court will not countenance making an order against the Executive in the absence of any substantive response from them, in particular in circumstances where they have indicated a date of reply.

"This is a cynical and deliberate attempt to frustrate due process and will result in children being unable to play sport outside in any context this weekend.

"When this correspondence arrives, its adequacy will be considered and, unless the Executive relent and permit a swift return to play, I will move immediately to enforce the rights of children and give them a voice because, thus far, no one has been prepared to protect them."

In an unusual move, Mr Atherton has also called on Children's Commissioner Koulla Yiasouma to resign her position after what he called a 'failure to challenge' a perceived lack of consultation.

"I have discovered today that the Executive have failed to engage in consultation with the Northern Ireland Children’s Commissioner, Koualla Yiasouma, in relation to the continued prohibition on children playing sport outside," he said.

"This is in clear breach of the Executive’s obligations under International law, namely Article 12 of the United Nations Convention on the Rights of the Child, which stipulates that all children have a right to be heard in all decisions that affect them directly.

"Equally, and perhaps even more disconcerting as a parent, the Children’s Commissioner has failed to challenge the Executive on this accepted absence of consultation.

"The Commissioner herself is therefore in breach of her statutory duty to safeguard and promote the rights and best interests of children and young persons.

"Regrettably, the Commissioner’s office has refused to publicly, or even privately, support my litigation seeking the return of children’s sport. They also refused to provide me with any explanation or reason for their refusal.

"Accordingly, I believe that the Commissioner, having failed to discharge her statutory duty and protect children, should resign with immediate effect."

He has now launched a petition via the Change.org website to challenge the NI Executive to act on outdoor children's sport.

Mr Atherton's statement can be read in full here.