Kern are bringing their blend of traditional and contemporary music to Roe Valley Twilight Sessions. 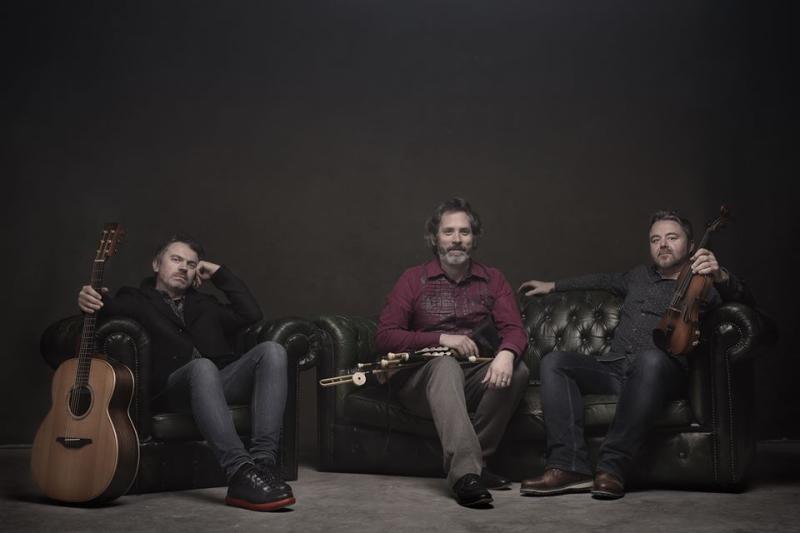 Louth-based band Kern are itching to add a Derry venue to their CV as they prepare to play the Twilight Music Sessions at Roe Valley Arts & Cultural Centre this weekend.

“The list of counties we haven’t played in is getting smaller,” says Brendan McCreanor, who plays uilleann pipes.

“We’ve heard great things about the venue and we’re really looking forward to it.”

The band take their name from the Irish word ‘caithearn’ - a medieval Irish soldier, but Brendan says they were attracted to the word’s ‘malleability’.

He says: “It means lots of things in lots of languages. The nicest one we came across was in German, where it means a core or a seed.

“That’s one of the nicer ones, as there’s a core group here of only three of us and the seed grows and keeps changing.”

The band has toured extensively over the past year and list winning the 2018 TradFest Temple Bar showcase and performing at America’s largest Irish festival – the Milwaukee Irish Fest – among their achievements, but lead singer and guitarist Stephen McArdle insists their focus has been on the music rather than the accolades.

He says: “They do a showcase in conjunction with Milauwakee Irish Fest and we showcased at it last year. It went out on RTÉ radio. We didn’t really think about winning it, we took it because it was a good gig."

The band’s sound is a fusion of the traditional and the original, with their repertoire intrinsically linked to their native County Louth, something Stephen says is vital to the group’s sound:

“When we do traditional music, it tends to have a strong ceangal (link) with the land we’re coming from. That’s what we bring and then we write our own songs along with that.”

The mixture of traditional and contemporary is a big hit in modern Irish music, and fiddle player, Barry Kiernan, credits the resurgence of the Fleadh and, in particular, Fleadh TV, for the upsurge:

“So many people go to the Fleadh for different reasons. Players come for sessions, others come for concerts. It’s a real spectacle and facilitates musicians of all levels – a phenomenal event.

“Fleadh TV brought it into people’s homes and that would have influenced kids in competitions. It was our TV debut too, which was great!”

The chemistry between the musicians is palpable and is something that Brendan says grew organically as the lads started playing together.

He says: “I’ve been in different bands where it’s been like ‘no, this isn’t working, but we’ll get through it’ but we felt it was genuinely greater than the sum of its parts.”

Saturday’s crowd can look forward to a band who are totally at ease with themselves, enjoying what they do and bringing their audience along on the journey.

“The show has a bit of an arc,” says Stephen.

Kern will play the Roe Valley Arts & Cultural Centre this Saturday, February 22 at 8:00pm and the event is BYOB. Tickets are £13 and available from the centre – 028 7776 0650 - or online at www.roevalleyarts.com. Kern’s latest single, The Porcupine, and album The Left and the Leaning are available now.