Call for 'urgent review' after another lorry gets stuck on bridge

A Derry councillor has called for the road signage  on the approach to the lower deck of the Craigavon Bridge to be reviewed after a lorry got stuck there on Tuesday. 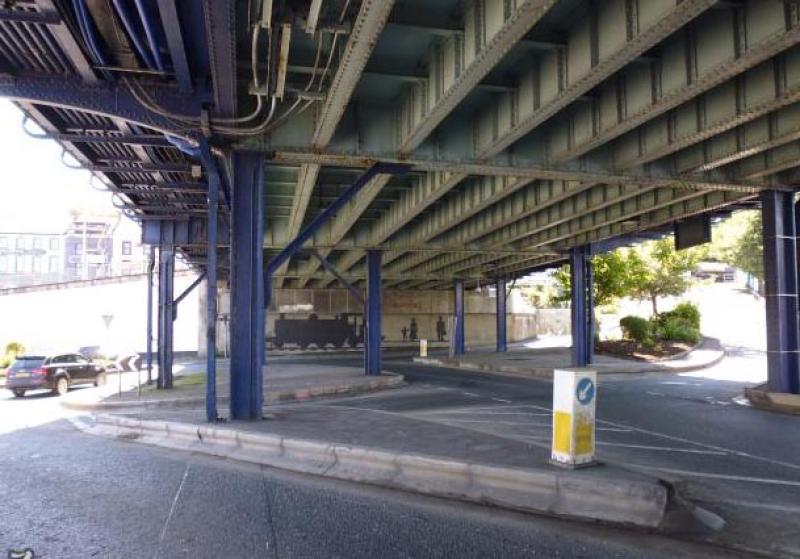 A Derry councillor has called for the road signage  on the approach to the lower deck of the Craigavon Bridge to be reviewed after a lorry got stuck there on Tuesday.

It is the second  time a high sided vehicle has got wedged there in recent months. In November a lorry travelling from the cityside to the Waterside got stuck on the lower deck  for several hours.

SDLP Councillor for the Waterside, Martin Reilly, said Tuesday's incident caused widespread traffic dis- ruption. "There was an issue with a lorry stuck on the approach to Waterside end of the lower deck of the Craigavon  Bridge on Tuesday afternoon and it caused  significant  traffic delays," he said.

Councillor Reilly said road signage at Fountain Hill - the steepest street in the North - should also be reviewed. A coach got stuck last week while in May a bus blocked the street for six hours, before it was removed by crane.

"Long vehicles are unable to turn out of Fountain Hill onto Spencer Road, which is  a busy commercial area," said Councillor Reilly.

"I will be contacting SDLP MLA Nicola Mallon who is the new Minister for Infrastructure to ask for the road signage on the approach to both ends of the Craigavon Bridge and Fountain Hill to be reviewed.”

Councillor Reilly concluded: When vehicles get stuck it has ramifications for traffic flow on all the surrounding roads and it can cause significant delays."