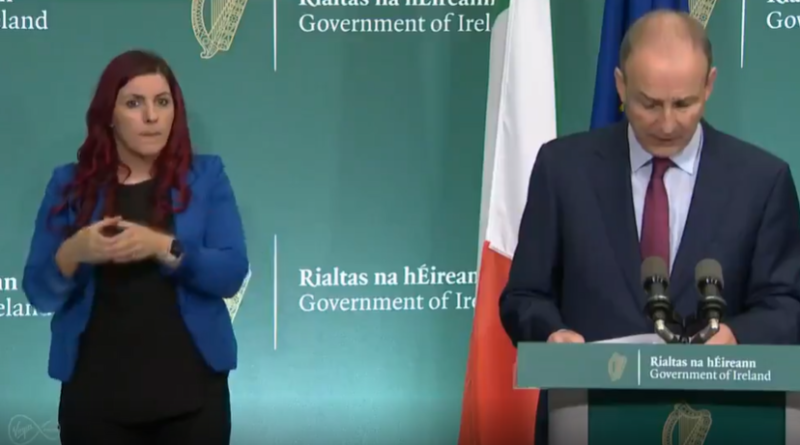 Ireland's restrictions to lift as expected despite going through a "twin peak" of positive Covid cases.

That's according to Tánaiste Leo Varadkar, who announced an update today along with Taoiseach Micheál Martin about the expected lifting of restrictions on October 22nd.

The Tánaiste said it was hoped the country would be past the peak of the Delta wave, but that NPHET modelling has predicted it will "probably continue to rise and peak around October and November".

He said, "The pandemic isn't over yet. Unfortunatey, we're going to have to get through at least another winter before we can safely say it's behind us. The situation took a turn for the worse two weeks ago with rising case numbers, rising hospitalisations and rising ICU numbers."

He called the situation "deeply disappointing" and said, "We're not where we hoped to be."

The Taoiseach said rising Covid numbers are "a cause for concern" but that it was a "timely reminder" of how dangerous the virus remains and the need for ongoing vigilance.

The announcements today include confirmation that table service only will be available at hospitality venues, with a maximum of ten adults per table and fifteen total per table including children.

Covid passes will reportedly not be required for outdoor events, however sectors should ensure appropriate protective measures are in place.

Fixed capacity will no longer apply for indoor and outdoor activities, and when groups mix in doors pods of six will apply.

Weddings and religious ceremonies can now proceed without capacity limits.

Return to work is to continue on a phased and cautious basis, and protocols of same are set to be discussed later today during a meeting of the Labour Employer Economic Forum (LEEF).

Taoiseach Martin also confirmed there will be an "enhanced role" for the use of antigen testing throughout society.

He said the progress made over the course of the last year is "real and tangible and has to be protected". He said, "The changes gives us the space for the next steps towards normality we take to be safe and sustainable."