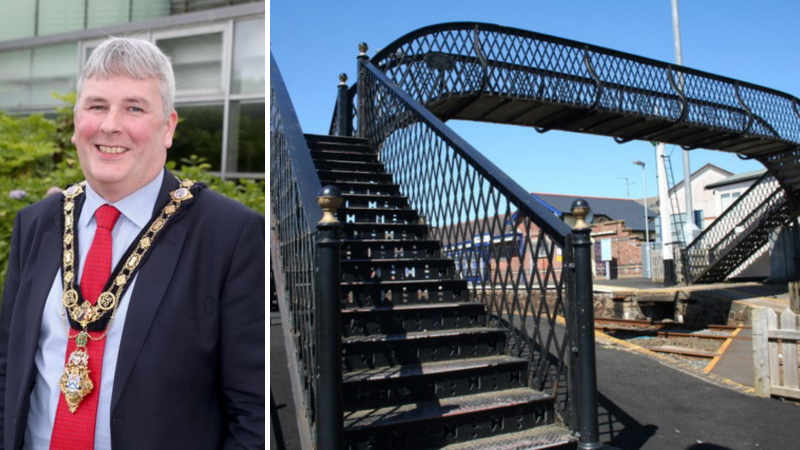 Analysis on a historic County Derry footbridge that has been lying exposed to the elements could take a further 12 weeks, a local council has been told.

Castlerock footbridge is the subject of a 10,000-year lease to Causeway Coast and Glens Borough Council, entered into by the legacy Coleraine Borough Council in 1996.

The bridge was removed in 2017 to assess whether or not it could be restored and to investigate costs for any work required.

Councillors recently raised concerns that the bridge was now sitting exposed to the elements, with Cllr Adrian McQuillan previously describing it as a 'big rusty mess'.

Now a report to the Environmental Services Committee has revealed further analysis on the bridge will take between 10 and 12 weeks.

“Mann Williams Consultants have issued costs to complete the additional analysis necessary to satisfy the requirements of Translink and Council that the bridge is safe to re-install,” said the report.

“This work will commence shortly and is estimated to take 10-12 weeks. Council and Translink have agreed to meet monthly to keep abreast of progress.”

An exasperated Cllr Richard Holmes asked a council official if Translink would ever be satisfied the bridge could be safely re-installed.

“The report is 10 or 12 weeks away, which seems an awful long time given how long we've already sat doing inspections on this,” said the UUP representative.

“There is a chance that Translink are going to throw up obstacle after obstacle and we could be sitting here in ten years' time with just a few elements of rust being left.

“The bridge stood there for years, and local engineering firms took it out, fixed it and left it back previously. We didn't have to go through this amount of work.

“Is it a case that no matter how many reports we do, somebody at Translink is quite happy for this bridge never to be put back in place?”

Council official Aidan McPeake said there were design standards that had to be met. “Translink must be satisfied the bridge meets them,” he said. “Having done the initial analysis, it doesn't meet that, so we're having to do these further finite element analysis on it.

“If after this, it still doesn't pass, Translink won't let it back in. That's the bottom line.”

“It could be in Garvagh museum yet,” responded Cllr Holmes.