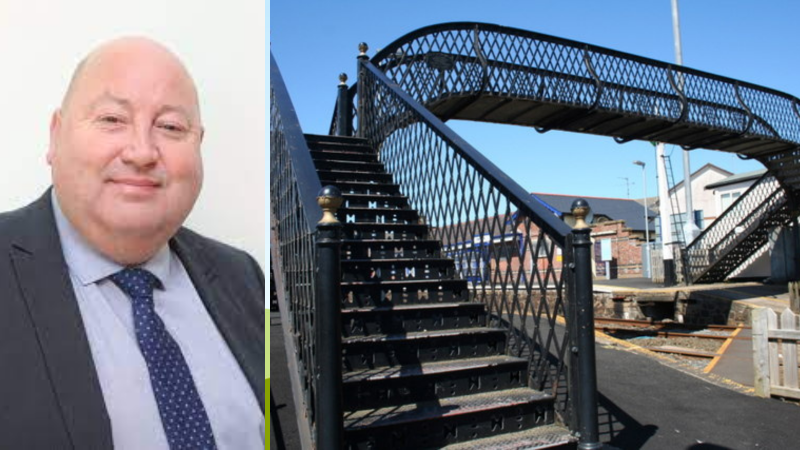 A DUP councillor has hit out at the council's handling of a historic County Derry railway footbridge after a report revealed the timeline of its attempted preservation.

The report showed dealings on the bridge went back as far as October 2015, when an initial report detailed the extensive costs required to repair the bridge at Castlerock Train Station.

In December 2017, the bridge was removed from the train station and subsequently assessed by the Council's consultant between January and March 2018, who concluded it was not fit for reinstatement.

In correspondence between November 2019 and February 2020, Translink continued to reject Mann Williams' report as a basis for repair and reinstatement.

After a further year of inaction due to Covid-19, Translink have now said they will only accept a full Category 2 assessment on the bridge as evidence for its restoration.

The report concluded by stating Translink and Doran's were of the opinion Mann Williams had not provided adequate information to prove the bridge was sound.

“We've spent that money on that bridge just to lie out, and it's just a big rusty mess at the minute,” he said.

“I actually think this Committee should have a site visit to see the condition it is in. If the people in Castlerock saw this, they would be appalled.

“It's something I think is worth keeping on the agenda for the next couple of months so we can keep on top of it.”

A proposal that a report on the status of the bridge be brought to the Committee on a monthly basis and a site visit be arranged was passed.

Council has 'lost support of the public' over litter enforcement

Councillors have accused a private company brought in to enforce litter laws of taking the easy way out.