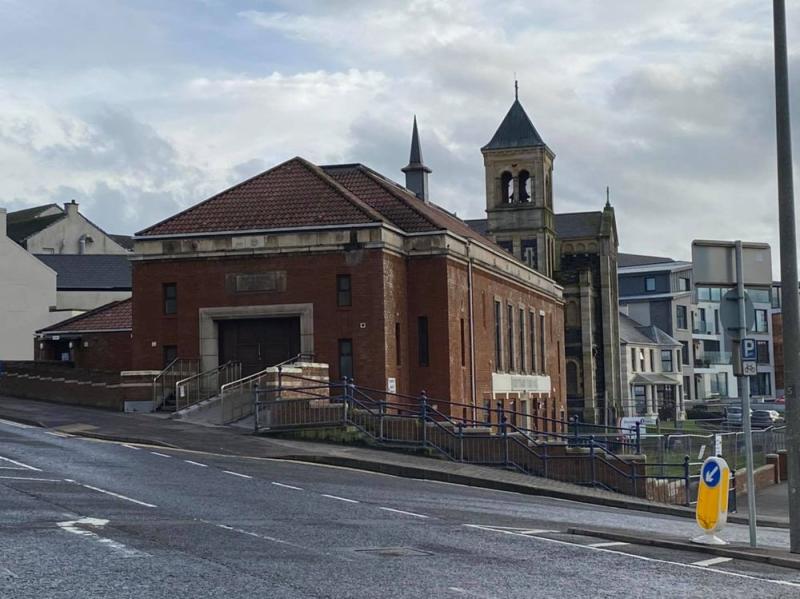 A local council is to proceed with the handover of a County Derry town hall following a confidential meeting held this evening.

The meeting, held privately ‘in committee’, discussed legal advice given to the council over a ‘Notice to Quit’ served on Causeway Coast and Glens Borough Council in 2019 regarding Portstewart Town Hall.

The Council had taken a 60-year lease on the building in the 1930s, which had subsequently expired, and the buildings owners, the Montagu Estate, who will now resume control of the building.

A local community group had launched a petition urging the Council to pause legal proceedings on the handover, but Mayor of Causeway Coast and Glens, Cllr Richard Holmes, said they were ‘free to negotiate’ with the Montagu Estate over its use.

”The ownership of Portstewart Town Hall has been under detailed consideration by Council for over two years,” he said.

“In March 2021, the Council made a decision which was not challenged using any of the normal channels, either call-in or rescinding motion.

“That decision was to acknowledge the Montagu Estate’s Notice to Quit and the nub of the issue here is the ownership of the building.

“While the council is progressing with the hand back of the building, the community is free to negotiate with the Montagu Estate.

“Preliminary work to establish the need for community space in Portstewart has already begun as proposed by council members.

“The town is also served by Flowerfield Arts Centre, the Warren and numerous other community spaces.”

Causeway Coast and Glens Borough Council said they would ‘continue to consult with local residents and interested stakeholders about the potential future use of these as viable alternatives’.