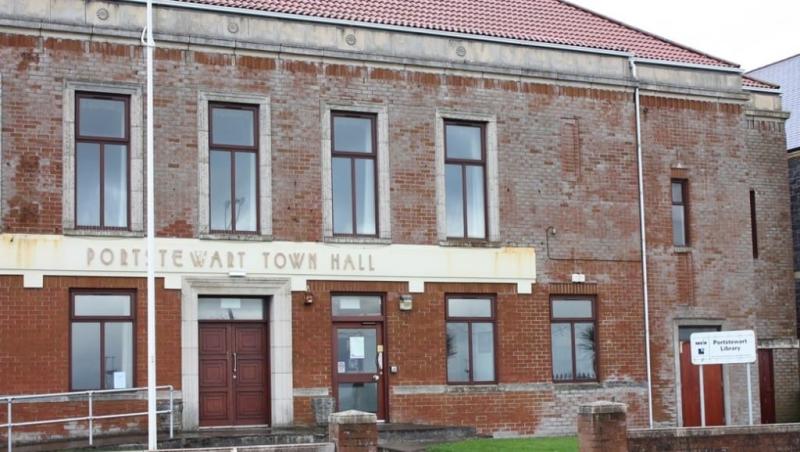 An online petition has been launched seeking to pause all legal proceedings in relation to a County Derry town hall at the heart of an ownership dispute.

Causeway Coast and Glens Borough Council were last night meeting to discuss the future of Portstewart Town Hall after an audit earlier this year raised questions over its ownership.

In April, the Council reported that the NI Audit Office was unable to ratify its 2019/20 accounts, citing ownership issues over three buildings in the Borough.

“In recent days, we have been made aware that Council's financial statements include significant buildings that the Council has no proof and title to,” said an Audit Office statement read at a meeting.

Council agreed at a Land and Property Services Committee meeting in February to hand the building back to its historic landowners; the Montagu Estate, and had taken legal advice on the issue.

A special meeting due to take place tonight will see the public excluded from viewing proceedings, with a decision taken to hold the meeting privately 'in committee'.

The decision has disappointed local residents' group Portstewart Community Association, who have launched an online petition to persuade the Council to pause all legal action.

“We have been challenging the decision taken by councillors to hand Portstewart Town Hall back to the Montague Estate, who have claimed historical ownership of the building,” they said.

“We are disappointed that the council do not appear to have challenged this claim, despite the council being in possession of Portstewart Town Hall since 1935.

“Following a request from Portstewart Community Association, the Council is meeting on Monday 27 September to discuss the matter of Portstewart Town Hall.

“Unfortunately, this meeting is being held "in committee", meaning that we, the public, will be unable to listen to or participate in this meeting.

“We are again asking councillors to vote to pause all legal proceedings in relation to Portstewart Town Hall.

“Without this vote, the legal proceedings will continue as per the previous Council decision, and the Town Hall will be lost to the people of Portstewart.”

The petition has been signed by 625 people to date, with the Council due to meet this evening at 7.00pm.

Cllr Aaron Callan has said work is underway to address the issues.