Cllr Aaron Callan has said work is underway to address the issues. 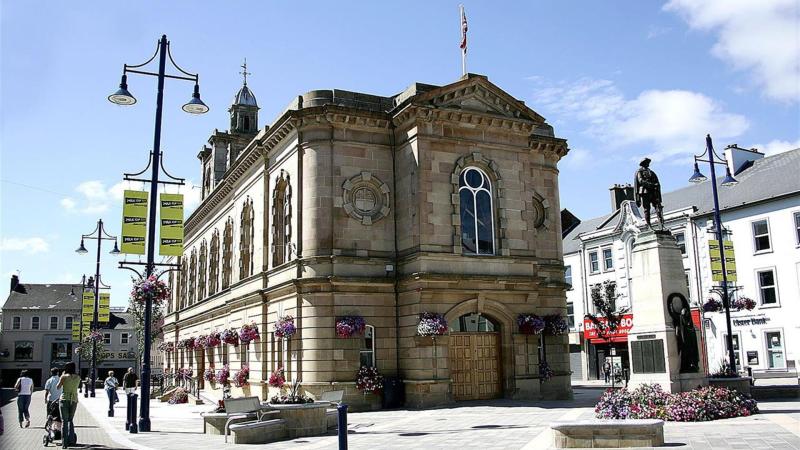 Coleraine Town Hall is among the buildings that prompted Audit Office concerns.

The Northern Ireland Audit Office has been unable to sign off on Causeway Coast and Glens Borough Council's accounts from the 2019/20 financial year due to issues over ownership of council buildings.

Correspondence had been received by the council querying that title was not proven on Coleraine and Portstewart Town Halls, as well as the Joey Dunlop Leisure Centre in Ballymoney, County Antrim.

“In recent days, we have been made aware that Council's financial statements include significant value buildings that Council has no proof and title to,” they said.

“Unfortunately, the inclusion of these assets where title is not proven is a matter of material uncertainty.

“We will now have to consider the impact of this in the audit opinion.

“We understand there may be additional buildings the council occupy on which title is not proven.

“I would appreciate your consideration of this matter and whether the issues could be resolved quickly to enable the certification of the financial statements.”

Ms Quinn went on to clarify that the issues around the Joey Dunlop Leisure Centre had been resolved, while work was underway to address the situation around the two town halls.

After a suggestion by Cllr Cara McShane that the council should not spend money on buildings they are not sure they own, Limavady councillor Aaron Callan confirmed work was ongoing to address the issue.

“These assets have been included on our accounts since this council came into formation, and this is the first time an issue has been raised by the audit office,” he said.

“We have a number of buildings we don't have legal title for and that's an issue we've been trying to address through our solicitor.

“This is an issue that affects all councils, where they occupy buildings that were handed to them publicly.

“We are getting that tidied up and addressing the legal ownership of them.

“I think it would be unwise to suggest that we don't invest money in assets the public have used over the years and that we are seen as custodians of.”