A number of local representatives have called for action to be taken. 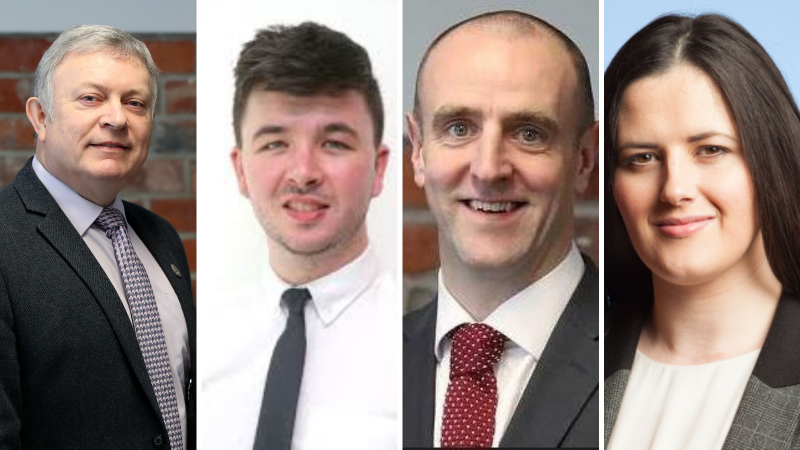 Almost a fifth of those waiting for housing in Northern Ireland are in County Derry constituencies, the latest Department for Communities (DfC) data has shown.

Of the North's 44,278 applicants for Housing Executive properties, 8,437 (19%) are based in the county's three parliamentary constituencies; Mid Ulster, East Derry and Foyle.

County Derry is also home to 5,443 applicants who are deemed to be in housing stress; where the cost of housing is high relative to household income. The figure represents 18% of the total figure for NI.

The constituency of Foyle has the highest number of housing applicants in all 18 areas, with 4,593, and also tops the list of those in housing stress with a figure of 3,380.

Foyle's figure alone makes up 10% of all housing applicants and 11% of those in housing stress.

MLA for the area, Mark H Durkan, said the figures confirmed Northern Ireland was in the midst of a housing crisis.

“The North is in the midst of a housing crisis, it has been clear for some time and these latest figures on social housing need only reinforce it,” he said.

“My constituency office regularly hears from people who feel trapped in a cycle of homelessness they can never get free from.

“It is staggering that in the Foyle constituency alone there are nearing five thousand applications for social housing.”

Causeway Coast and Glens councillor, Sean Bateson, said his party were engaging with the Housing Executive to highlight the area's needs.

“Housing is a key priority for Sinn Féin and I am committed to ensuring housing provision locally,” he said.

“We have been lobbying for some time now to have demand tests carried out in the local area I represent.

“I welcome the Housing Executive plans to do these tests throughout Autumn of this year in Kilrea, Ballerin, Glenullin and Aghadowey.

“These tests will help to identify the housing need especially in rural areas and will go some way to helping to deliver more social and affordable homes.”

East Derry has experienced a rise in house prices over the last year and a half, something that has worsened the crisis in the area.

“Owners of multiple properties need to be incentivised to rent their houses out so that locals can find a place to live in their area,” she said.

“With the demand for Housing Executive properties being as high as it is, this needs to happen as soon as possible.

“A comprehensive housing strategy needs to be rolled out and implemented as a matter of priority and developers need to be supported in creating new houses.”

The more rural constituency of Mid Ulster has the least amount of people on the applicant list (1,306) and in housing stress (735).

“It is shocking to realise that in the last 5 years there was only one new social housing bungalow completed in Mid Ulster,” he said.

“The rise in the number of applicants in Mid Ulster waiting for a home since 2019 shows the Sinn Féin Minister has not been taking the housing crisis seriously despite the huge need for social housing.

“There can be no more excuses, we need strategic action to address our housing crisis now.”

GUEST COLUMN: Council can stand up for people of Mid Ulster region

A local planner accuses the Department of a 'Belfast First' approach.

Liam Ward from Ward Design in Castledawson comments on a new planning document which could help shape the future development of local areas.