GUEST COLUMN: Council can stand up for people of Mid Ulster region

A local planner accuses the Department of a 'Belfast First' approach. 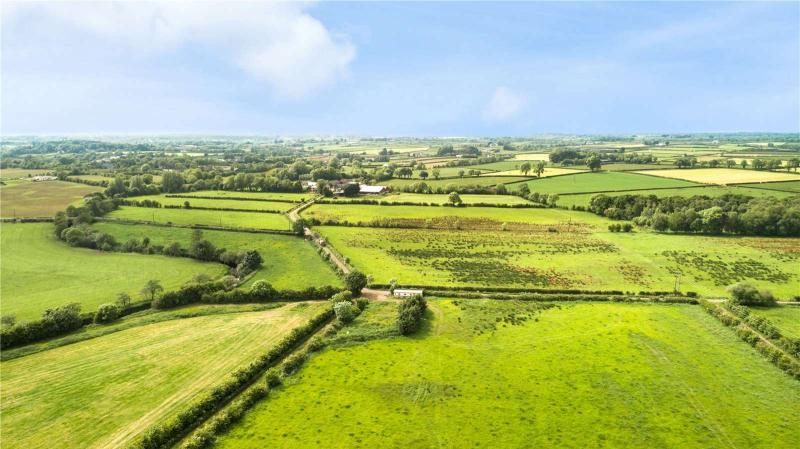 Liam Ward from Ward Design in Castledawson comments on a new planning document which could help shape the future development of local areas.

I would like to commend the paper, and Cllr McPeake for bringing the attention of your readers to the latest planning document, published by the Department for Infrastructure.

The good news for the people of Mid-Ulster is that decision making on local planning matters rests entirely with the council.

The DfI has responsibility for setting regional policies, but in the new system each council has the chance to interpret those regional policies to best reflect the needs of the district, as defined by the elected councillors.

There is currently a draft planning strategy working its way through the processes, before it will replace PPS21, and many other policies.

That draft strategy is entirely the work of the local council, and ought to shape development for a generation, in a manner which is best for the community.

Unfortunately the current draft is quite restrictive in many ways, and seems to be guided more by the DfI than by local needs.

Whilst it is true to say that the new policy for Mid-Ulster will add a couple of additional policy options to allow single houses in the countryside, other aspects of the strategy are likely to cause harm which outweighs that very modest relaxation.

The basis for all planning guidance from DfI is the Regional Development Strategy 2035.

Its central theme is that any new development should be sustainable. It contains chapters which describe what that means for different aspects of the economy and society.

One interpretation of the RDS which has outweighed all others in some subsequent policy making is that Belfast is underperforming as a regional city.

The same RDS contains a chapter on sustainability for rural communities.

That chapter would appear to be the most relevant to Mid-Ulster, but aside from some inconsequential tinkering with PPS21 policies, it seems to have been largely ignored in the making of the draft strategy.

Instead of taking a positive approach to defining sustainability for rural areas, villages and towns in our district the council's planners appear to have started with a fixed idea of where to cap the development potential of the district, and are then trying to shoehorn land zoning around that cap.

In their tables showing how the capped number of houses, and capped zoning of employment land might be distributed across the district the council's draft strategy would seem intent on dezoning land such that only a very modest number of houses could be built in each settlement.

For example, in some villages which might now have sufficient land on which to build 200 houses over the next 15 years, the council could be reducing that capacity to 10.

The remaining land will have been inside development boundaries for over 40 years, and still not delivered a house, for one reason or another. There is no reason to expect that it would be built on during the next few years either.

If our local communities cannot accommodate the next generation of home makers, those areas become less sustainable, contrary to the stated policy objectives.

The remaining population's age profile will get older. There will be fewer children born to keep numbers high enough at primary schools.

There wont be enough young people coming through to support sports teams.

The most economically active will be compelled to move toward Belfast to find a home, leaving a less well off population behind.

With lower income levels local shops might suffer, or even close.

Finding land for new businesses will be more difficult, so employment is likely to be lost to the district.

All of these harms result in less sustainable communities across our rural areas. It seems to me to be unfair to our population that we should be asked to suffer in these ways in order to improve the lives of people living in Belfast.

None of the dystopia I describe above is inevitable, if the council has the will to change course now.

Instead of accepting the "Belfast First" guidance they are being given, they have the authority to say instead that they are standing up for the people of Mid-Ulster, and planning a more optimistic vision for the next generation of home makers and businesses.

I would urge any of your readers who share my concerns to speak with their local councillor, and to ask them to reject the planned limitations to our district's growth, before the draft plan strategy is adopted.

Concern over future of rural housing in County Derry

Some families are having difficulty building locally.

Rural families struggling to get on the property ladder

A local MLA says a lack of social housing in rural areas is causing problems.