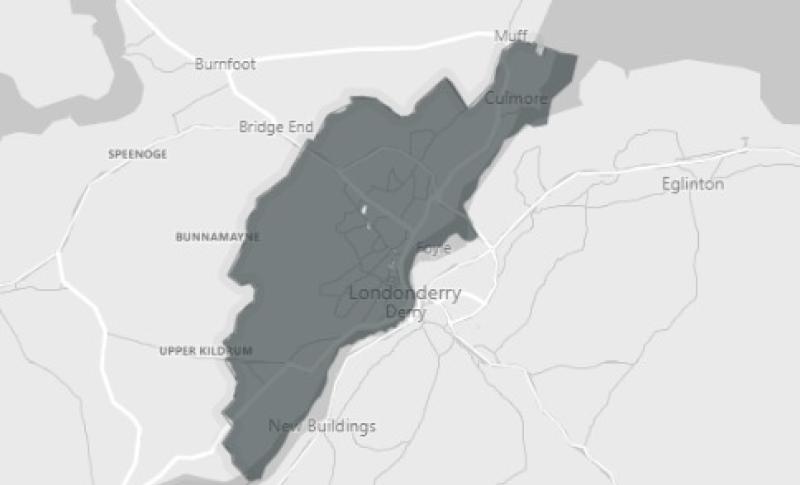 Positive results rose in almost every area of the county compared with the previous seven days, with BT49 (Limavady) and BT51 (Garvagh) the only exceptions. 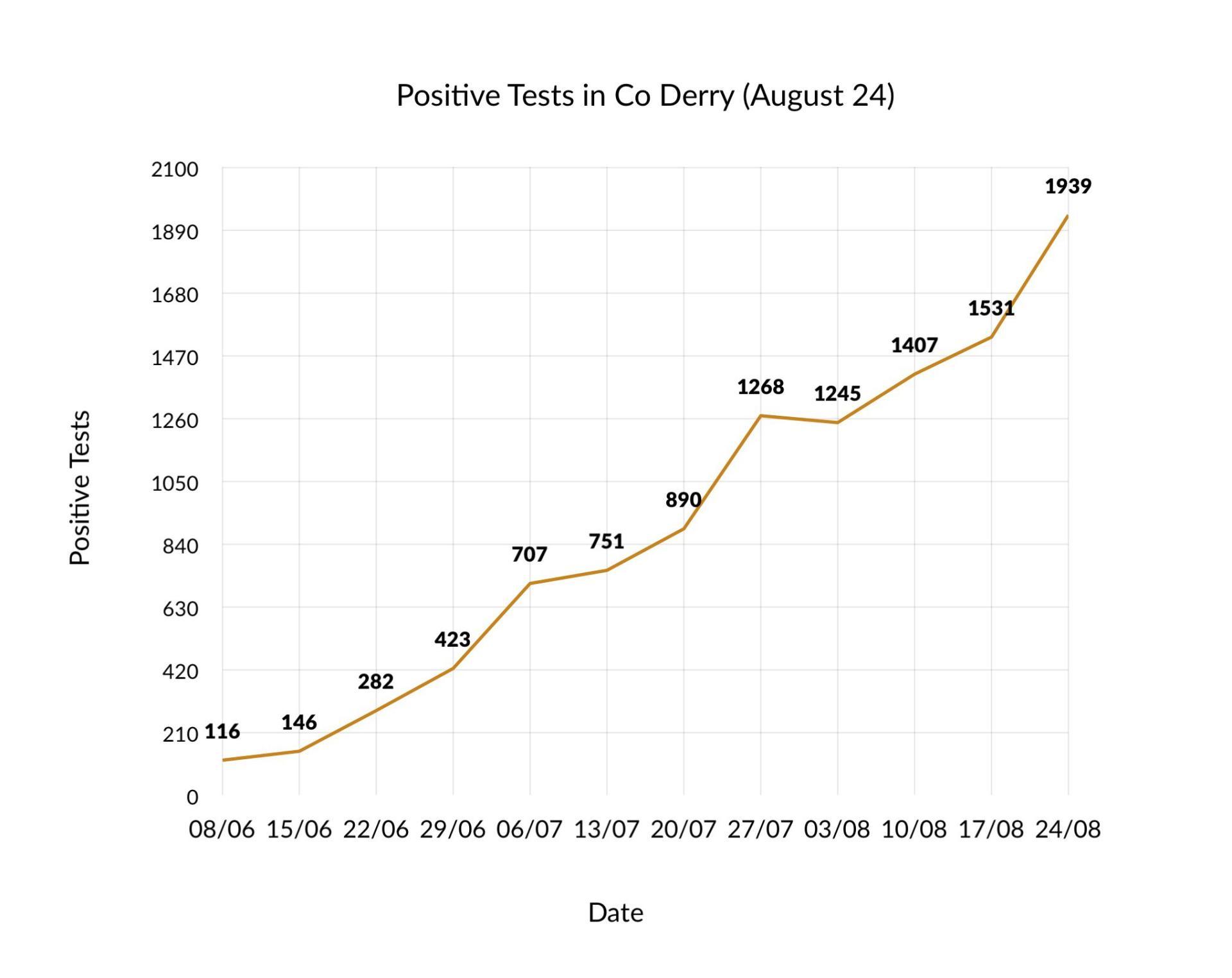 19% of all people in County Derry tested for the virus recorded a positive result, an increase from last week's figure of 16.4%. The highest percentage of positive tests came in BT48 (25%).

There were 12 Covid-related deaths across the county's three local government districts last week, an increase from last week's figure of three new deaths. 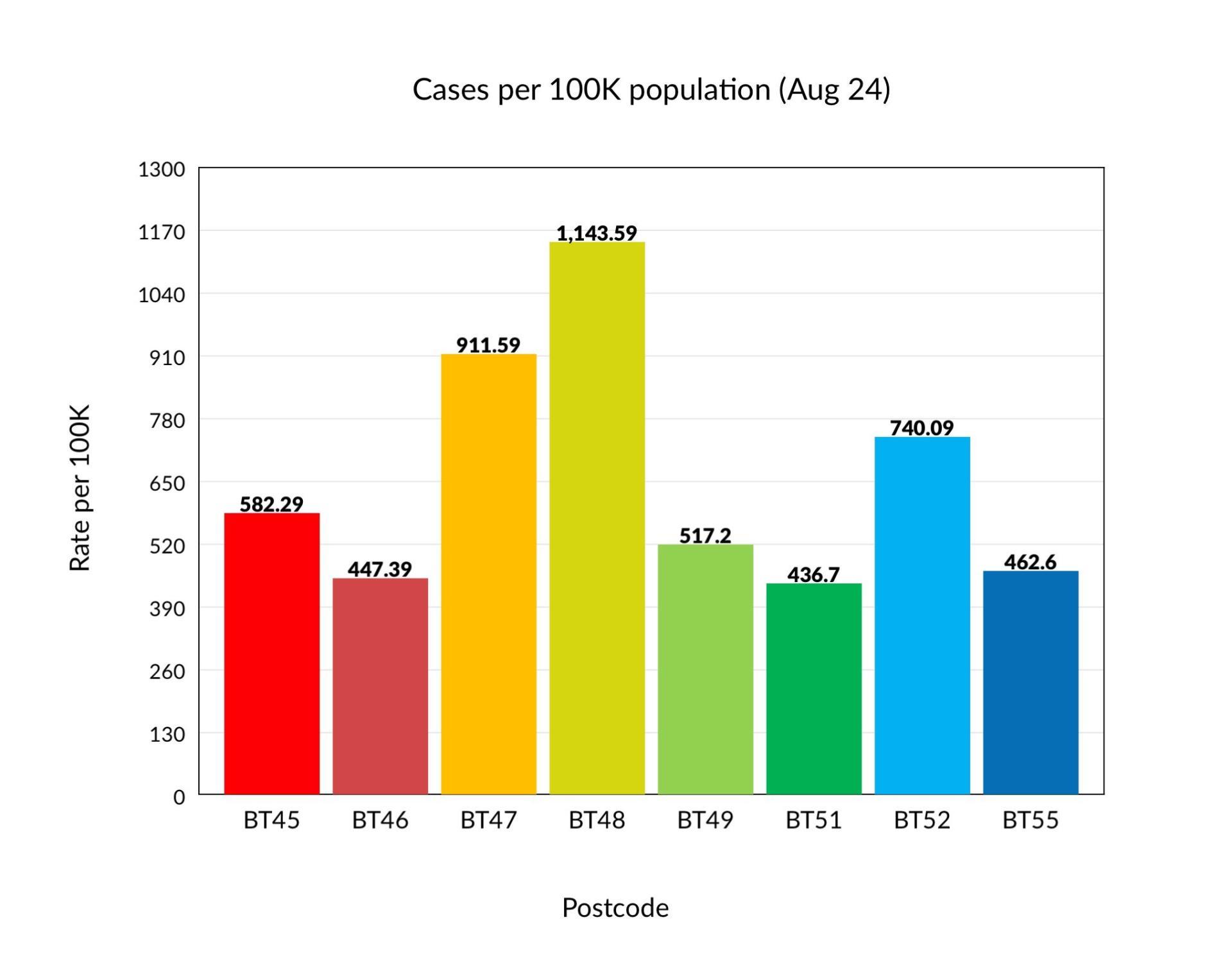 Five people died after testing positive for the virus in Causeway Coast and Glens and two in Derry City and Strabane, while a further three people died in Mid Ulster.

There have also been a dozen more admissions to the area's local hospitals over the last week, an increase on last week's figure of nine.

34 patients (+1) are currently being treated for the virus in Altnagelvin Area Hospital, with 43 (+6) in Antrim Area Hospital and 19 (+5) in Causeway Hospital. 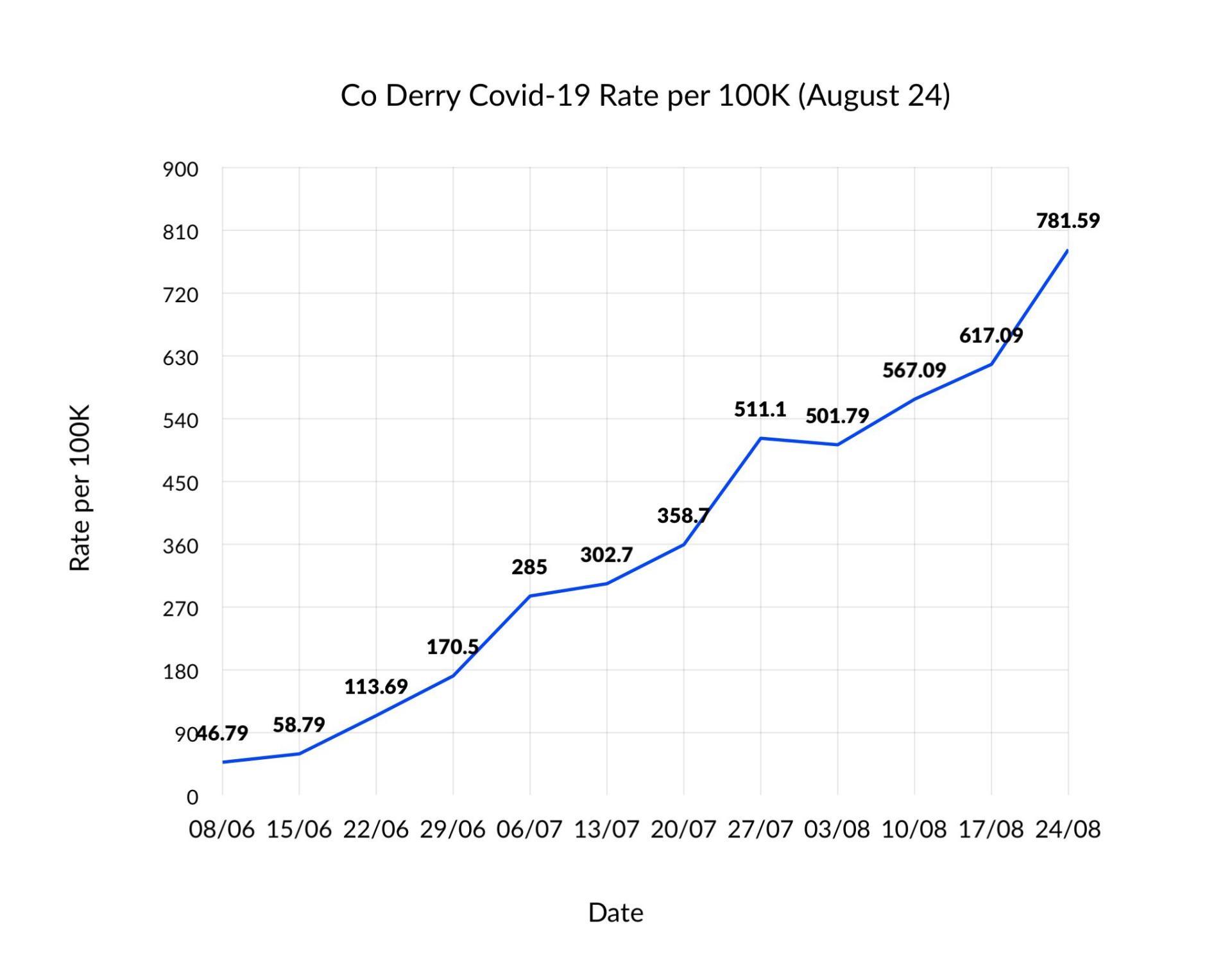 Health Minister Robin Swann has hailed the success of last weekend's 'Big Jab Weekend' and outlined the next phase of the vaccination drive.

“This next phase will include a focus on localised pop-up walk-in clinics, both in high footfall locations and in areas where accessibility issues and other barriers may have impacted on take-up,” he said.

“The Big Jab Weekend has proven that there is still a strong demand for vaccination. Our aim will be to be bring forward a series of further opportunities at community level.

“There will also be a big focus on further and higher education in September, as well as other take-up promotions.

“The number of participating pharmacies offering vaccination appointments will also be expanding.”

A number of vaccination opportunities are listed on the Department of Health website and the Health Minister paid tribute to everyone involved in the vaccination programme.

“It is a huge collective effort to bring protection against COVID-19 to as many people as possible,” said Robin Swann.

“My thanks go to everyone who played a part in the Big Jab Weekend. That includes, of course, the vaccinator teams as well as all those who worked behind the scenes to organise and promote it.

“There was a major and concerted effort to publicise the promotion and it worked.”

Derry's club scene starts on the last weekend of August

Over 9,000 Covid tests carried out in County Derry last week

The county recorded an 8.8 % rise in new infections.