Over 9,000 Covid tests carried out in County Derry last week

The county recorded an 8.8 % rise in new infections. 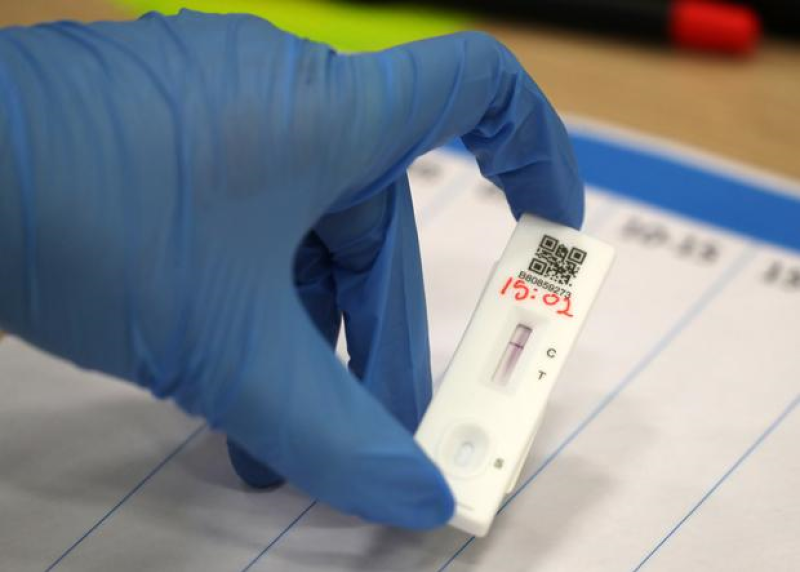 Over 9,000 Covid-19 tests were carried out in County Derry last week, the highest amount since October 2020.

The 15.3% increase in tests resulted in an 8.8% rise in the number of new infections in comparison to the previous seven days, with Derry City's BT48 area recording a 36.4% increase.

Four of the county's eight postal areas (BT 45, 46, 51 and 55) recorded a decrease in the number of new infections as the percentage of people testing positive dropped to 16.4%. 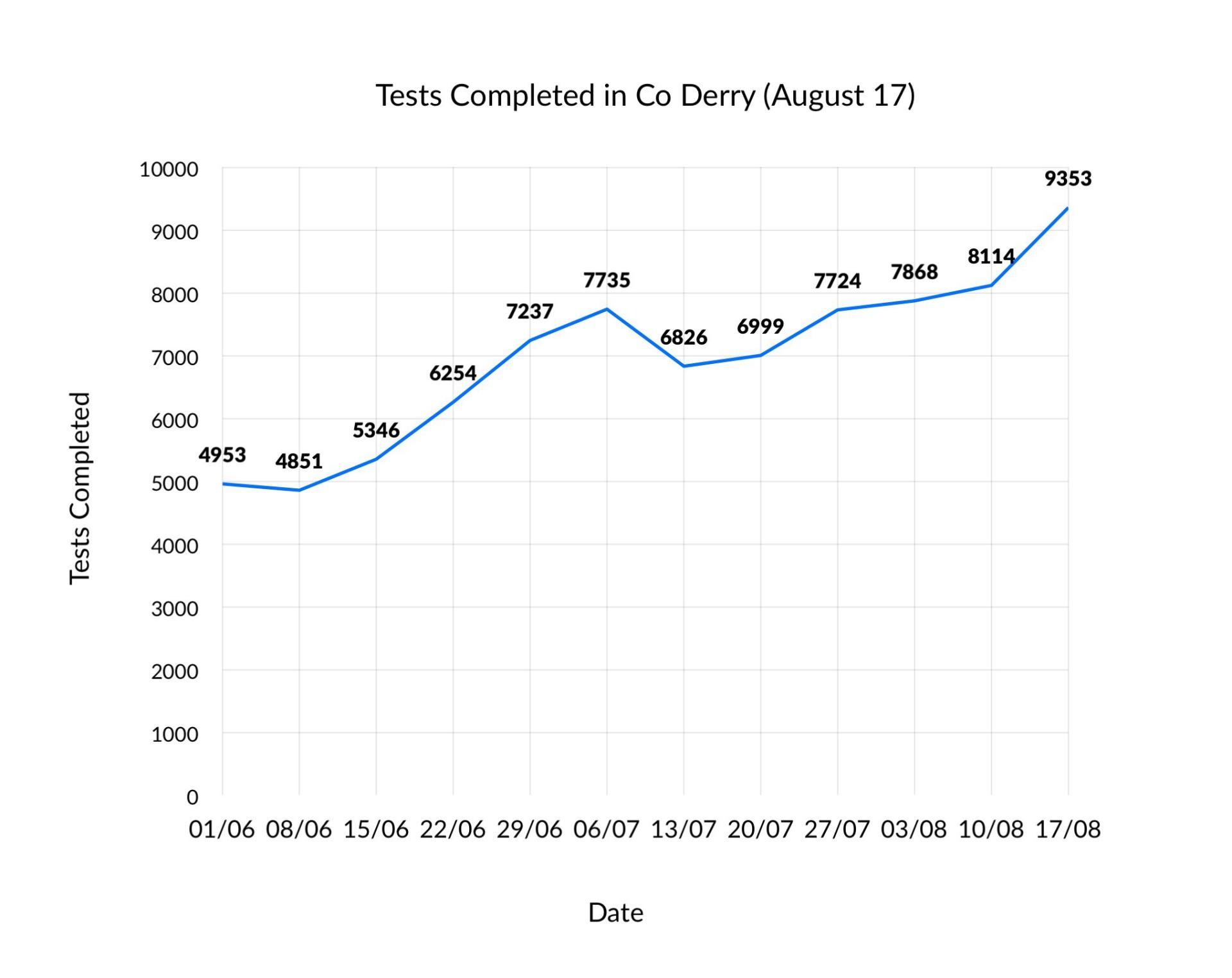 Both the county's Mid Ulster postal areas (Maghera and Magherafelt) saw a decrease in new cases, with the number in BT46 almost half what it was the previous week. 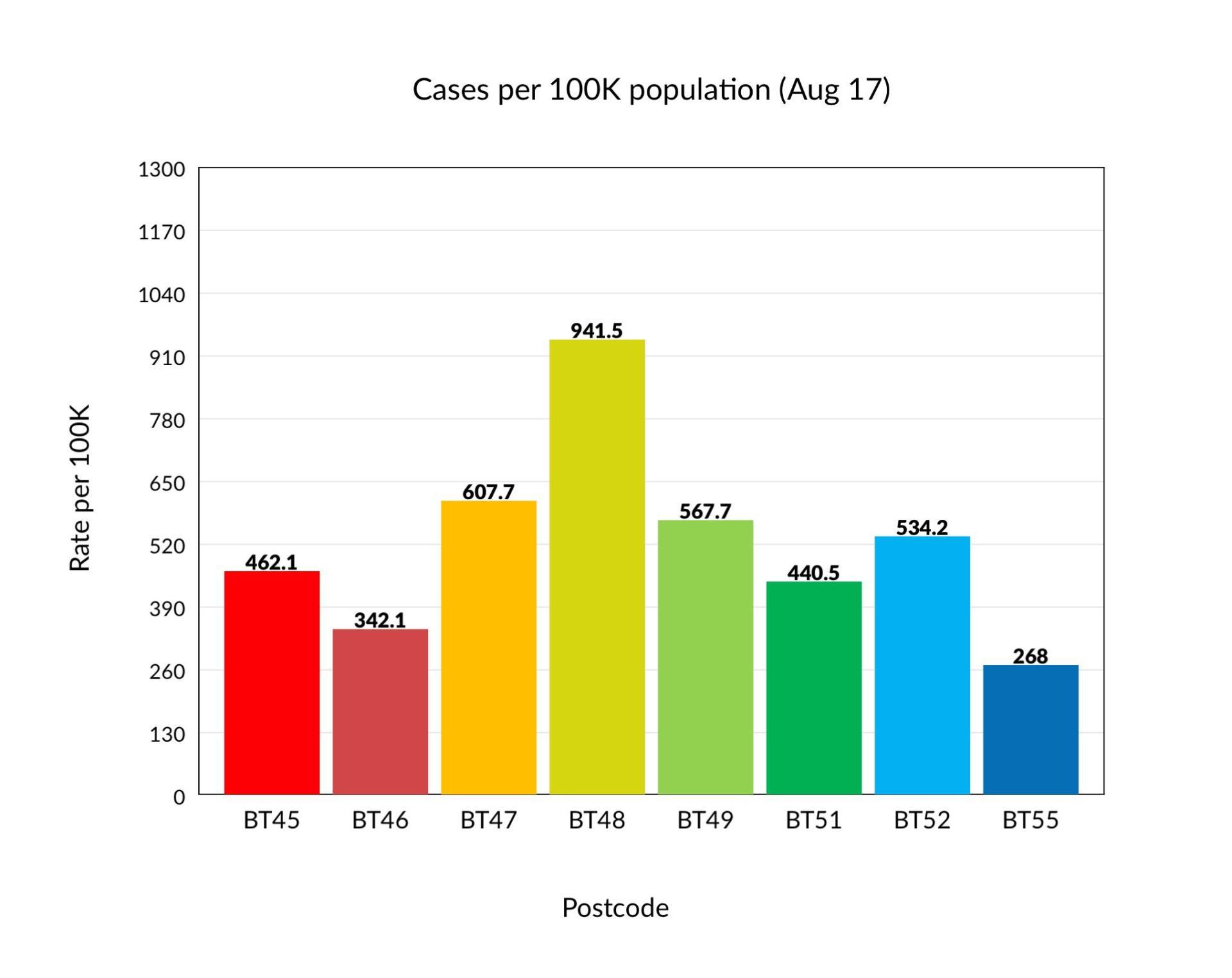 Three Covid-related deaths have been recorded across Derry's local government districts, with all three being recorded in Derry and Strabane. No deaths were recorded in Causeway Coast and Glens or Mid Ulster.

14 new inpatients were admitted to the area's hospitals within the last seven days, with an increase of nine recorded at Antrim Area and five at Causeway.

The number of inpatients in Altnagelvin Area Hospital fell by five, while the total number of Covid inpatients remaining in hospital is now 84. 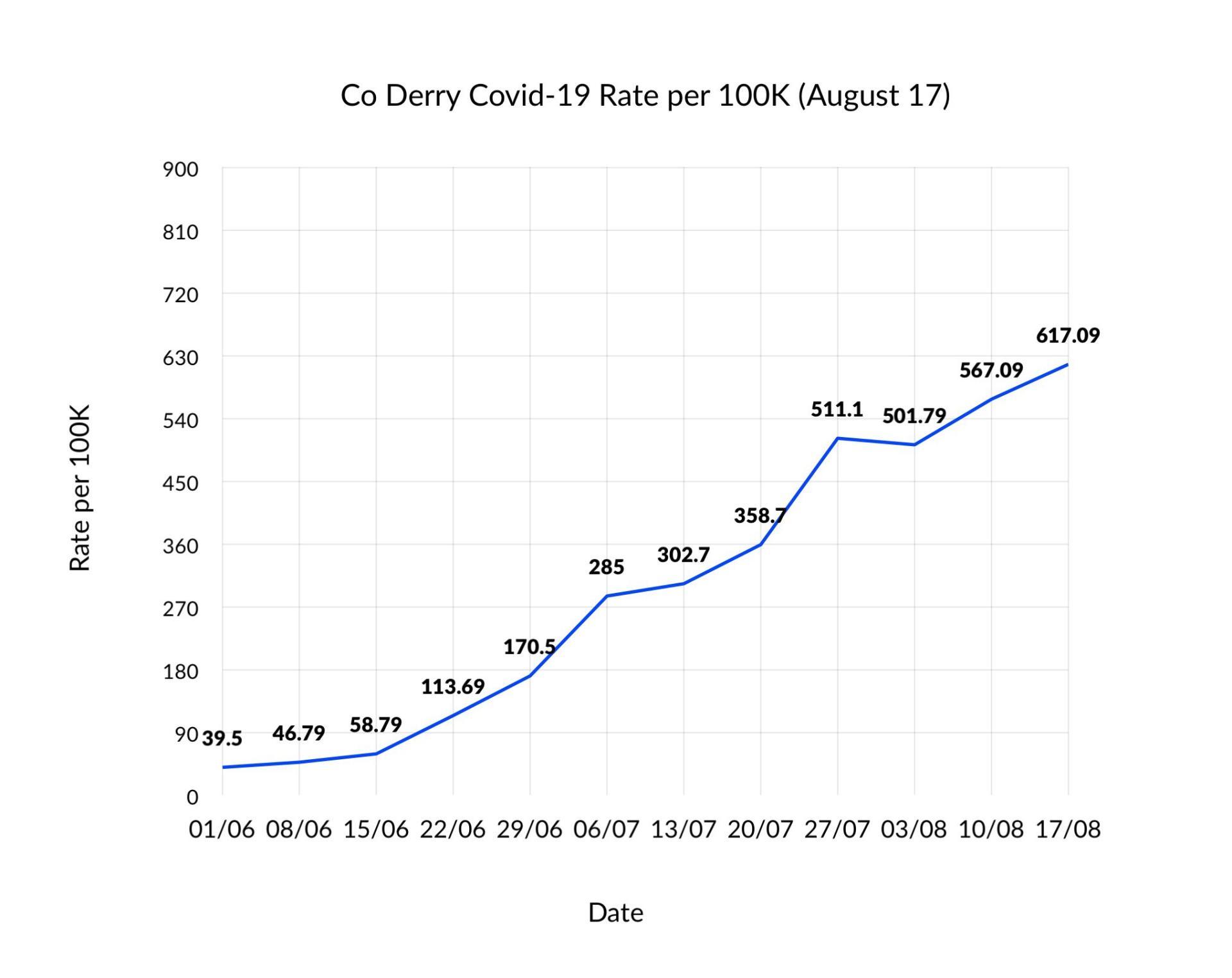 Meanwhile, a local MLA has condemned anti-vaccination protestors who attempted to disrupt Covid-19 vaccinations at Foyle Arena at the weekend.

Protesters targeted a number of pregnant women arriving for their vaccine and made unsubstantiated claims about the effect of the vaccinations. 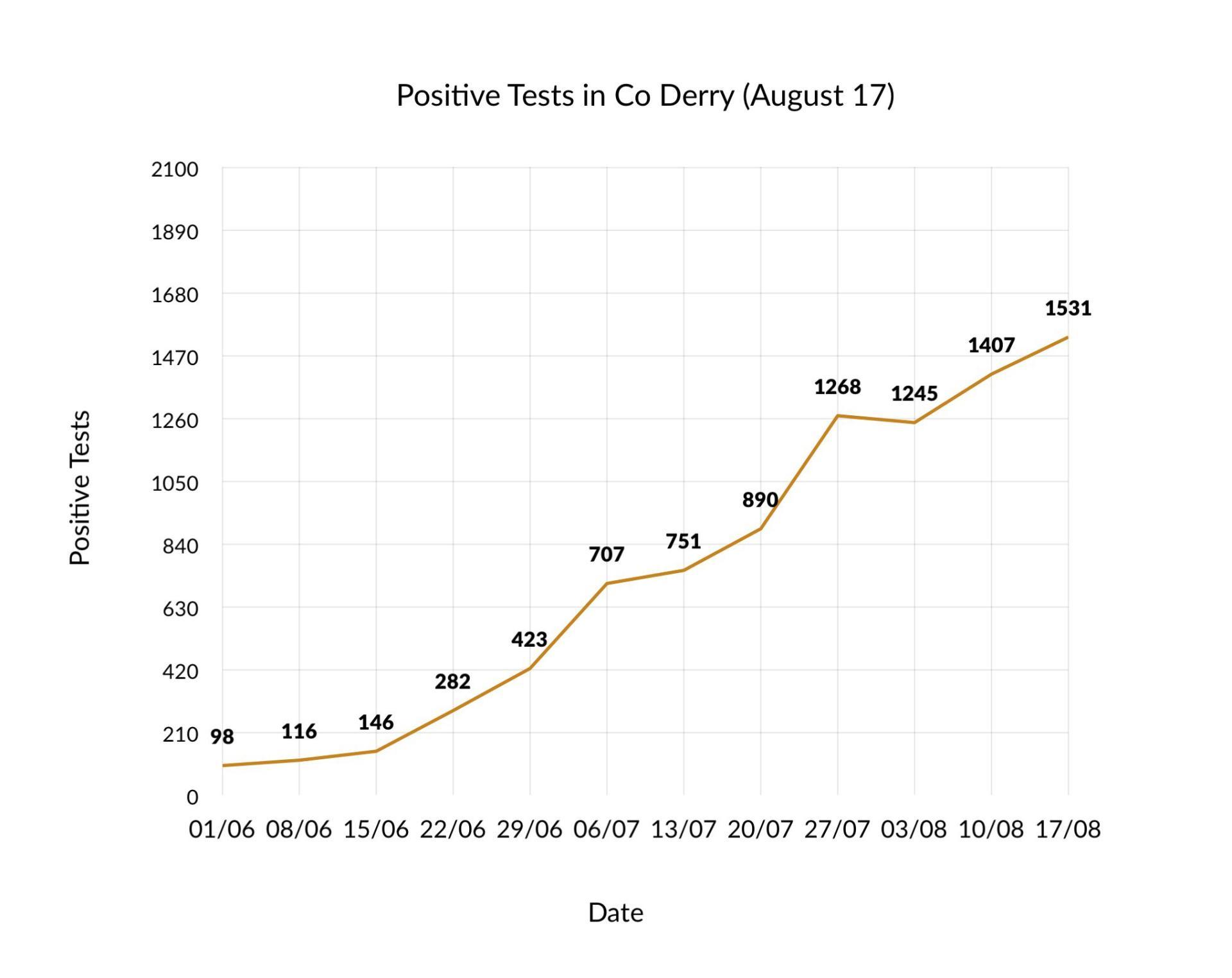 "I utterly condemn this stupid, bigoted behaviour by a group of protesters who have become deaf to reason and are spreading lies that are dangerous to the health of our community," said the SDLP MLA.

“The views being presented by this group are contrary to reputable medical advice and opinion, including that from the Royal College of Obstetricians and Gynaecologists.

"Pregnant women accessing health services must not be harassed. The fact that this needs to be said is absurd.

“We need safe access zones for pregnant women and others seeking vaccinations, and also for women seeking information and services in relation to abortion.

“I intend to request a meeting with the PSNI to discuss how pregnant women can be protected from this group of extremists."

Covid cases rise again in Co Derry but hospitalisations down

There was a 13% rise in the number of cases identified in the county last week.
ADVERTISEMENT - CONTINUE READING BELOW