Shock in Derry following the death of Pat Hume 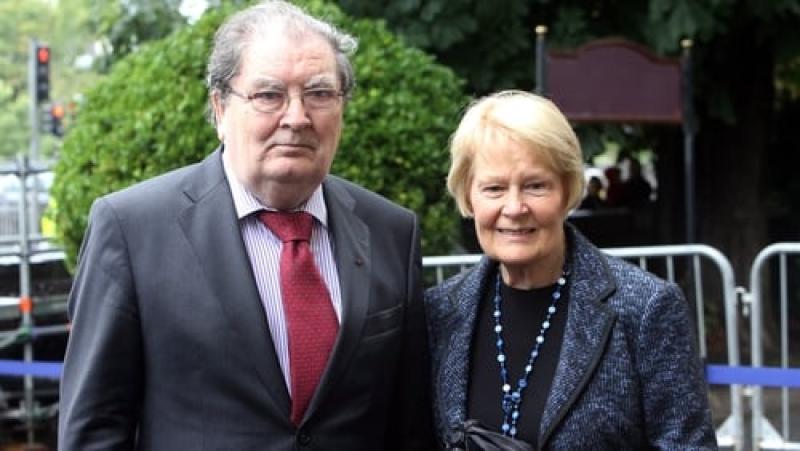 The death has taken place of Pat Hume, wife of the late John Hume.

Mrs Hume passed away earlier today after a short illness.

Recognised in her own right as a brilliant community politician; she ran the SDLP's constituency office during her late husband's time in politicis, dealing with community issues, housing and poverty, treating every person, irrespective of religious identity, with respect and compassion when they sought her assistance.

A former teacher, she was a champion for victims of the 'Troubles' when appointed to the Northern Ireland Memorial Fund in 1998, just after the Good Friday Agreement.

Her work with victims included grants for their children to attend college and receive assistance.

Last month, she was present with other members of her family when they presented her late husband's major international peace prizes to the people of Derry in a poignant ceremony in the Guildhall.

Mr Hume is the only person to receive the Nobel Peace Prize, the Martin Luther King Jnr Non-Violent Prize and the Mahatma Gandhi Peace Prize.

At the time, Mrs Hume said it was right for the people of his home city “to share these peace awards,”