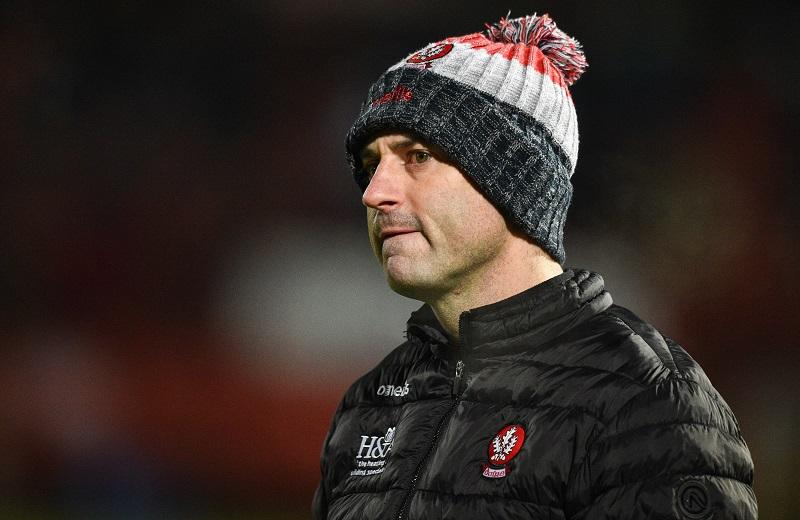 Rory Gallagher is keeping an open mind on the Derry squad ahead of next season. (Pic: Oliver McVeigh/Sportsfile)

Derry manager Rory Gallagher has said he'll be 'delighted' if Anton Tohill throws his hat in with the Oakleafers after his decision to end his three-year term with AFL side Collingwood.

Tohill chose not to stay in Melbourne for a fourth season and returns to study Medicine at QUB.

“I spoke to him last year when he was renewing the contract and we stayed in touch, not in regular touch...no more than with Conor (Glass). The decision was going to be his,” Gallagher told the County Derry Post.

“We'd be delighted to have him back. It is early days, we have to get him settled in and playing for Swatragh. I'll definitely be chatting to him and he is someone we like to think we'll be bringing in to be involved, providing he wants to.

“From talking to him I think he'd love to. From what I have heard about his attitude and obviously (with) his experience there (the AFL) , the plan would be to give him a go, 100 percent.”

Callum Brown remains the only Derry player operating in the AFL. The former Derry minor and U20 player scored two goals in his debut for GWS Giants. The County Derry Post understands that any negotiations about a new Giants' contract would take place in late October.

Gallagher also confirmed he has retained his management team and the squad who finished the 2021 season.

The Derry boss hinted that the management are keeping 'an open mind' and will be on the look out for 'three or four' players during the club championship season, which begins this week.

“I will not name them, but there are 'three or four players' in their mid-20s and we have a decision to make on them and do they want to come in and commit and give it everything.

“There is no doubt there are a few of them, in my opinion, that have the talent. We'll test it out over the next couple of weeks and see them. We will have conversations with them.”

Gallagher confirmed he has called up U20 goalkeeper Jack Scullion, his Lavey teammate Enda Downey and seven of the 2020 All-Ireland minor winning team, with the view to setting them on the path towards inter-county senior football.

“Their undivided loyalty will be to their clubs at this stage,” added Gallagher.

“ They are staying on top of the programmes from Peter and trying to develop themselves physically hand in hand with that.

“We'll rule nobody out and there is no guarantee for any of them. We are going to put a bit more work into them. In county football, there is no off season regards looking after yourself physically.

“We are not expecting these players to burst onto the scene straight away, but we want to help them over the summer and the early part of the winter.”

Derry manager Rory Gallagher feels his side are the 'real deal'

The Swatragh man is set to begin studies at QUB