The Swatragh man is set to begin studies at QUB 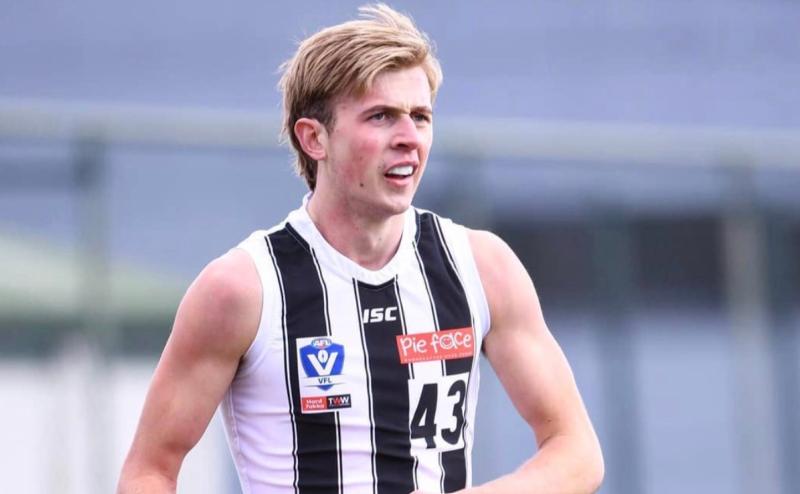 Anton Tohill will be returning to Ireland.

Anton Tohill will be returning to Ireland after three years with AFL club Collingwood.

The spokesperson for the club confirmed to the County Derry Post of the Swatragh man's decision to return home.

The 21-year-old was out of contract at the end of the season, but had the opportunity to stay on for a fourth season as a rookie after a new AFL ruling.

The limit was three years, but clubs lobbied for an extra year after the development time players lost during the Covid-19 pandemic.

The former St Patrick's Maghera pupil had been accepted to study medicine at QUB, something he put on hold to pursue an ambition of playing professional sport.

After developing his craft on the club's reserve side in the VFL, Tohill made his senior debut for 'The Pies' - their ninth debutant of the season - against Port Adelaide in July.

He was keen to stay on with the Melbourne club, but was unable to defer his studies in Belfast any longer.

“Since Anton arrived at the club he has displayed great enthusiasm, patience and dedication to his game, which in turn was rewarded with an AFL appearance this year,” commented Graham Wright, Collingwood's General Manager for football.

“Although his stay has been shorter than planned, we appreciate his intentions to resume his studies and return home.

“I’d like to thank Anton for his input to the Collingwood Football Club and wish him the best with his future endeavours.”

Tohill follows Conor Glass back to Ireland after a stint in Australia which leaves Callum Brown as the sole Derry player in the AFL. Brown scored two goals on his debut for GWS Giants earlier this month.

Tohill's Swatragh teammate Jude McAtamney recently took up an athletic scholarship with Chowan University in North Carolina where will play on the college's American Football team.