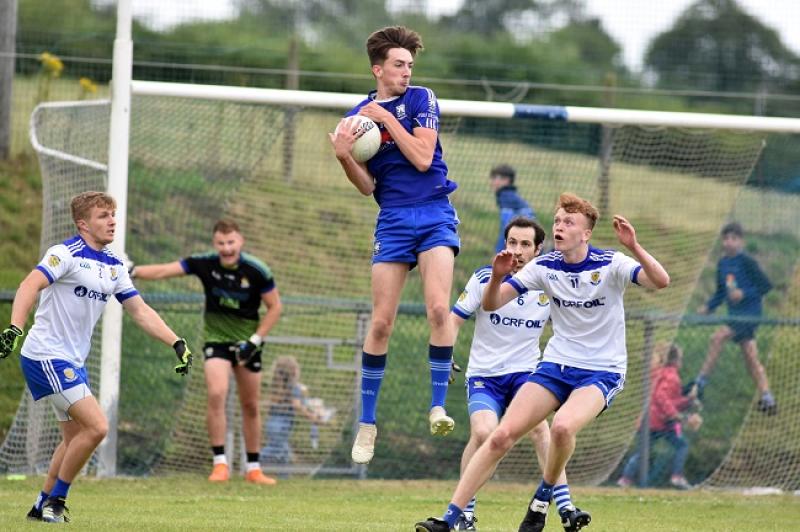 Five points without reply in the final quarter helped Bellaghy to a first win over Ballinderry at senior level in 12 seasons on Saturday evening at Páirc Seán de Brún.

The Shamrocks struck first when Connor Nevin was fouled after just 25 seconds and Glenn McOscar sent goalkeeper McErlean the wrong way from the penalty.

Points from Declan Cassidy and Damon Gallagher had the Tones back in the game, but Ballinderry were 1-3 to 0-4 ahead by the first water break.

Lee Brady came into the Bellaghy team for his senior debut and after firing over a point, he passed to Paul Cassidy in the last play of the half. When Ben McKinless tripped Cassidy, Ruairi McElwee thumped the resultant penalty to the net to tie the game, 1-6 each, at the break.

Brady and McElwee were involved after half-time to set up a goal for Paul Cassidy, who slotted across goalkeeper McKinless and into the corner at the far post to put the Tones ahead for the first time, 2-6 to 1-7.

Gallagher stretched the home side's lead to three points before Ballinderry struck their second goal of the game. Conor O'Neill appeared to be winding up to shoot for a point, but the ball held up in the wind and dropped in the arms of Oisin Mullan who expertly tucked it to the bottom corner and the sides were level again.

Then, in the final quarter, Bellaghy won four of Ballinderry's eight kick-outs and took the game to the visitors.

Charlie Diamond, Lorcan Spier, Damon Gallagher, Paul Cassidy and a '45' from Chrissy Downey put the Bellaghy on their way to victory.