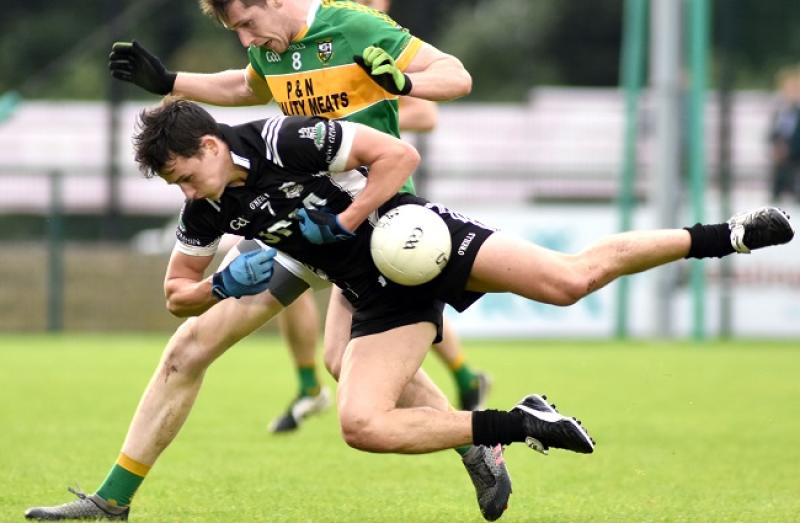 Dungiven kept up their winning run with victory over Banagher on Wednesday night.

Dungiven 1-11
Banagher 0-8
A goal from Kevin Johnston at the start of the fourth quarter sealed victory for Dungiven at Fr McNally Park.

After coming off the bench in their win over Foreglen, it was a first start for the former Derry defender since their 2018 championship defeat to Lavey before he relocated to Australia.

The victory takes Stephen O'Neill's side into top spot, three points ahead of neighbours Drumsurn who have two games in hand.

Dungiven led 0-4 to 0-3 at the end of the first quarter, with Marty Burke (2), Thomas Brady and Conor Murphy on target. Tiarnán Moore and Peter Hagan were among the Banagher scorers.

Substitute Stiofan Tracey and Murphy extended the visitors' lead to two points (0-6 to 0-4) by half-time.

The trend continued early in the second half. Burke (2), Cahir Higgins and Conor Murphy stretched Banagher's advantage to 0-10 to 0-7 by the second water break. Moore (2) and Hagan were on target for the home side.

Banagher lost Ciaran Lynch to a black card with 11 minutes to go and during that spell Dungiven hit the only goal of the game, with Johnston powering home at the end of a neat passing move, putting them 1-10 to 0-8 ahead.

Pauric McCloskey was sent off on a straight red card shortly after the goal and Banagher were down to 13 men for the remainder of the game.

Dungiven had a chance to add a second goal in the last minute, but Sean McKeever's penalty was straight at goalkeeper McDermott.