What Creggan means to me: Derry playwright Brian Foster dedicates a new poem to the place he calls home 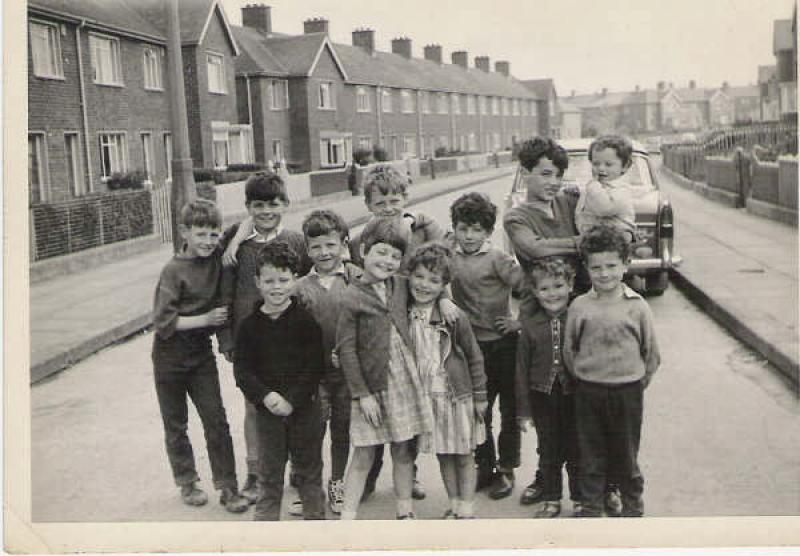 Young people on the streets of Creggan in the 1950s.

Derry playwright Brian Foster grew up in the city's Creggan estate. He has written this new poem in honour of the place he still calls home.

We want rehousing came the call,

That echoed loud through tenement halls,

We’re equals in our Irish nation

In Springtown Camp and down The Bog,

The women toiled in daily slog,

No jobs, no homes, no hope for you

Then on a hill not far away,

As bricks and mortar became Creggan

And now the slums and tenement halls,

Were swapped for houses standing tall,

As people flocked there filled with pride,

No more their hopes and dreams denied

As Creggan folk from misery parted,

And toiled to build a community strong,

And prove the faceless men were wrong

That day we moved to Creggan Heights,

Began my boyhood of delight,

A freedom I could scarce conceive

Behind our house lay fields of green,

Where we ran wild and lived our dream,

On summer Sunday’s out on foot,

And winters when fell heavy snow,

We’d play outside with hearts aglow,

And snowmen make with eyes of coal,

And snowballs throw to raise our soul

A walk down town or take the bus,

Out to the Black Hut we would dander,

On childhood days so full of wonder

But, alas, all dreams must end,

So farewell Creggan I did say,

And off to foreign lands did stray

I’m back home now, no more to roam,

Not far from my old Creggan home,

Where a Derry boy became a man,

Up there in God’s own special land

I look back now with pride and joy,

At friendships made there as a boy,

And though we’re scattered far and near,

All raise your glass ... TO CREGGAN DEAR.