Any extra money will be given to charity 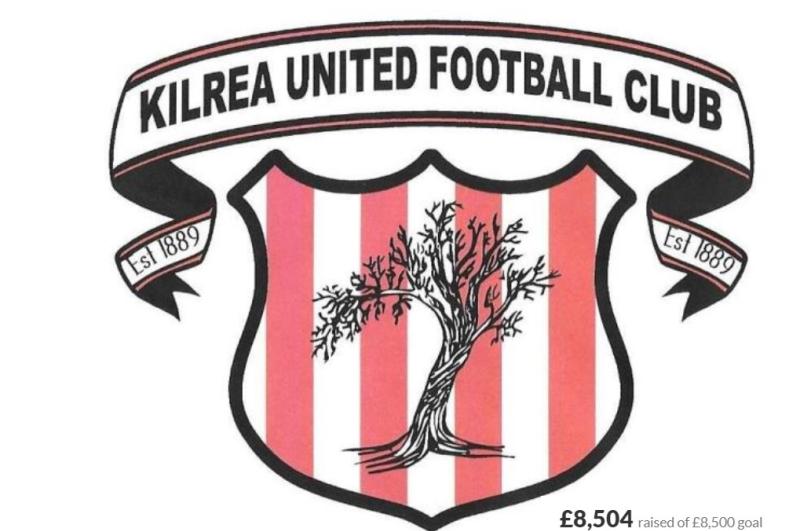 The power of community.

The amateur club met on Wednesday night to discuss their 10,000 CHF (Swiss Francs) fine issued and within an hour of the page going online, there was £3,000 in the kitty.

"Kilrea United Football Club would like to say a massive thank you to everyone who donated," read a statement on their social media.

"Any further money that is donated will be given to charity.  Again, we can't thank you enough."

The fine follows an eligibility dispute over teenager Pierce Worrall-Hill, dating back to the 2018/19 season and a move from youth team Bertie Peacocks.

At the time, Kilrea were hit with a nine-point deduction, which cost the club their Coleraine and District League title.

They were then 'shocked' when the were later hit with a fine, which is the equivalent of £8,330, putting their club's existence in danger.

FIFA's article 57.1, in their Disciplinary Code, highlights any admissibility of appeals and any fines under 15,000 CHF could not be appealed.

"We are just in shock and can't believe it.  We are in limbo and pondering our options," Chariman Davy Shiels told the County Derry Post yesterday.

At the club's Wednesday night meeting, they decided to start up a funding page, which has now ensured their future is safe.

Pierce Hill-Worrall was the first person to contribute, with other players and committee members chipping in to save their club.

It gathered momentum.  The local Pearses GAA club and local businesses contributed, with neighbouring Dunloy FC pledging more than half the profits of a lottery bonus ball fundraiser to help.

It comes just weeks after the GAA club raised a staggering £25,000 for Chest, Heart and Stroke with their 24-hour relay.