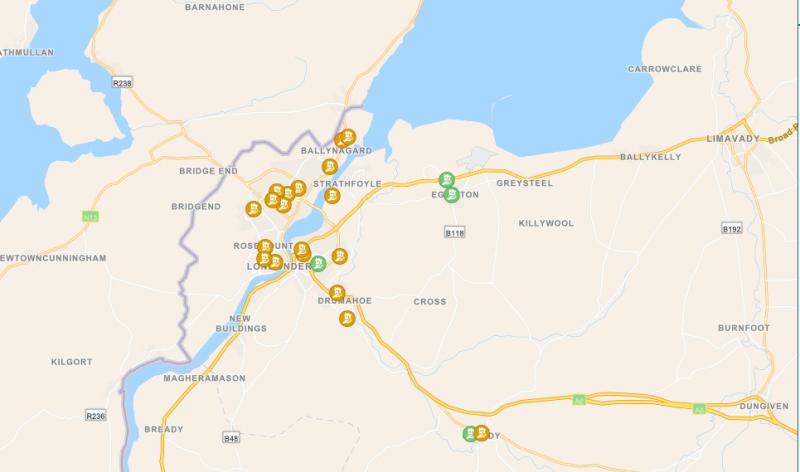 The department of education has confirmed that a small number of children are being looked after in Derry schools at present.

Schools officially closed because of the coronavirus pandemic on March 23.

At the time, key workers were told that schools would remain open to provide supervised learning only for children who ‘absolutely need to attend’.

Some parents have had difficulty finding places for their children including senior health care workers in the city.

A spokesperson for the Department of Education said: “Figures collected for Wednesday 15 April for Derry City and Strabane District Council showed that 27 schools responded to a daily survey as being open, with 15 children reported as attending open schools. Fifty two schools responded as being closed.

“It should be noted that figures can fluctuate on a daily basis. Figures collected for the same day the previous week show that there were 36 children reported as being in open schools.

“An interactive map displaying schools open for supervised learning can be accessed on the Education Authority website. This is updated daily.”

According to today’s map, April 20, there are 22 schools open in Derry and the surrounding area but only three with pupils in attendance - Lisnagelvin P.S., Eglinton P.S. and Broadbridge P.S.

Many people were unhappy with delays to school closures in the North. However, based on scientific advice on how to limit spread of the COVID-19 virus the decision was taken that children who can stay safely at home, should, to limit the chance of the virus spreading.

This is different in other countries and jurisdictions but is based on sound scientific advice, so that critical services can be maintained and the spread of the virus reduced.

Parents and carers were advised to send their child to school if there is ‘no other viable option’.

For many there is no other option at present, as childcare services have closed and people have been advised against leaving children with grandparents as they are amongst the high risk category.

Supervised learning is about providing a facility in schools and pre-schools for vulnerable children and those of key and critical workers to allow parents to continue with their vital jobs.