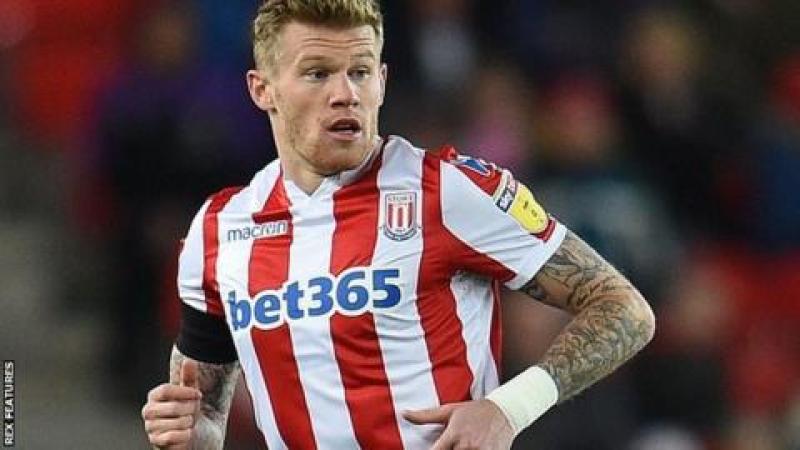 James McClean has been regularly abused by fans.

Footballer James McClean has spoke about the impact that abuse he faces from some fans is having on his young children.

The Derry man, who plays for Stoke City, has often been abused by opposing fans because of his political views.

While McClean says the abuse is 'water off a duck's back' to him, he admits that his six-year-old daughter is starting to ask questions about it.

McClean was speaking at the launch of a new sensory hub at the Aviva Stadium in Dublin yesterday, benefiting people with special needs.

The Republic of Ireland star said his daughter has been attending his games.

"She's starting to ask questions about why I'm getting abused and what it means," he said.

"As a parent it's not nice having to explain that to them - having to sit down with your children to explain why their daddy's being abused.

"Why should they miss out because of mindless idiots in the crowd who are abusing, shouting, whatever. It would be unfair not to bring them."

McClean has praised the action taken by football authorities after he was subjected to sectarian abuse during matches.

See here for the full interview with James McClean - https://bbc.in/2S2wFG6