Castledawson leave it late to see off Glenullin in Derry IFC 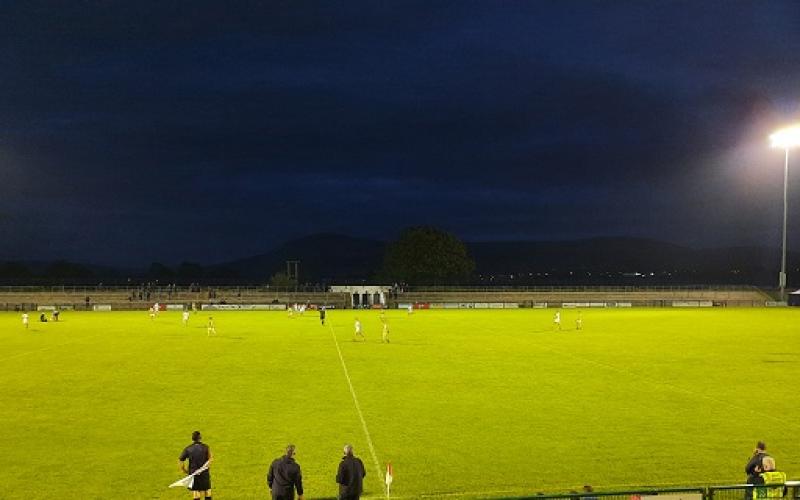 Two points from Conor Scullion helped Castledawson edge out Glenullin after an entertaining game at Owenbeg on Friday night.

Scullion was called ashore after 40 minutes, only to be brought back on by manager Niall Jackman nine minutes later before leveling the game and kicking the winner.

The 'Dawson lost out narrowly to a late Faughanvale winning point in their opening game and started off in fine form.

Glenullin were without ace scorer Eoin Bradley, but had Neil McNicholl back in action. Fearghal Close gave the 'Dawson defence no end of problems. His instinctive pass setup a first-half goal for Conor Rafferty to keep them in the game and Neil McNicholl won a penalty to put Glenullin 2-5 to 0-9 ahead after 35 minutes.

Castledawson failed to score for 14 minutes and after a glut of missed chances hit the final four points to win the game, which was well handled by referee Gavin Hegarty.

Glenullin goalkeeper Sean McKinney made three excellent saves and plucked a Niall Rafferty ball from over the crossbar which started the move on the way to Dermot O'Kane's penalty.

The game was absent of sweepers and was a tale of one v one battles across the pitch. Apart from a few short kick-outs from McKinney at the start of the second-half, the ball was hoofed out long.

Glenullin had two chances to save the game.  In the absence of substituted freetaker Dermot O'Kane, a free by Cillian Bradley fell short to force a '45' which he also dropped short and it was the 'Dawson who held on for victory.

The 'Glen now face Faughanvale in Round 3. In Friday's Celtic Park clash, the 'Vale were 0-12 to 0-6 winners over Slaughtmanus who take on Castledawson in the final game.

In the junior championship, Craigbane were 0-15 to 1-5 winners over Ardmore.