Goalkeeper Conor Coyle made a string of fine saves 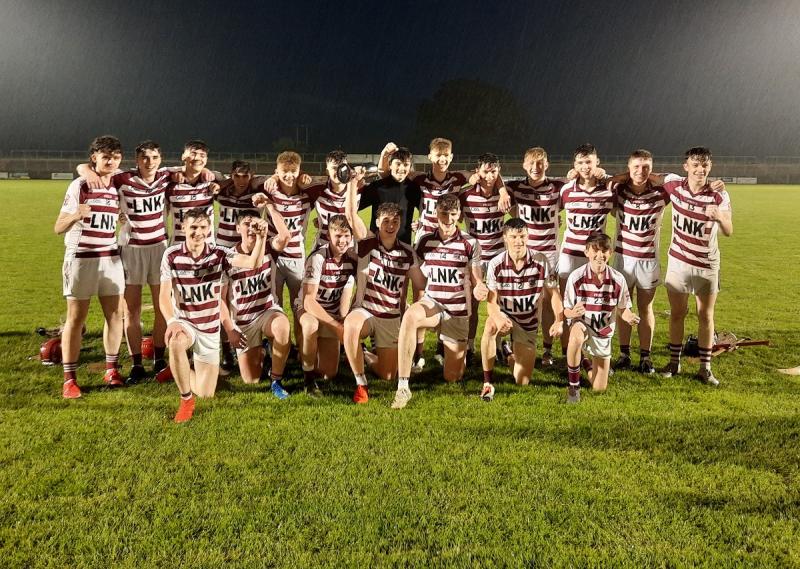 Slaughtneil are the Derry U18.5 hurling champions after a win over Ballinascreen at a rainswept Owenbeg on Thursday night.

It was Ballinascreen who enjoyed much of the early possession, but a point-blank Conor Coyle save to deny Ryan Henry set the tone for the game.

The Emmet's goalkeeper made three excellent saves in the early stages against a Ballinascreen side who kept going for goals.

The 'Screen half-back line won their share of possession, but were unable to translate it into scores and they trailed 2-7 to 0-0 at half time, with Peter Convery scoring a second Slaughtneil goal.

Points from Conor Shiels and Conor Murtagh got 'Screen off the mark in the second half, but with Mark McEldowney commanding at full-back for the winners - and Coyle's brilliance - they failed to engineer the goal they needed to get back into the game.

Jack and Shea Cassidy replied with points for Slaughtneil and they never looked back, with captain Shea Cassidy adding a third goal after the second water break.

After the game, Michael James Groogan presented the Laurence Groogan memorial cup, named after his late father, to Shea Cassidy.

POLL: Who was man of the match in Slaughtneil's win over Ballinascreen

U18.5 glory for Limavady against Banagher