U18.5 glory for Limavady against Banagher 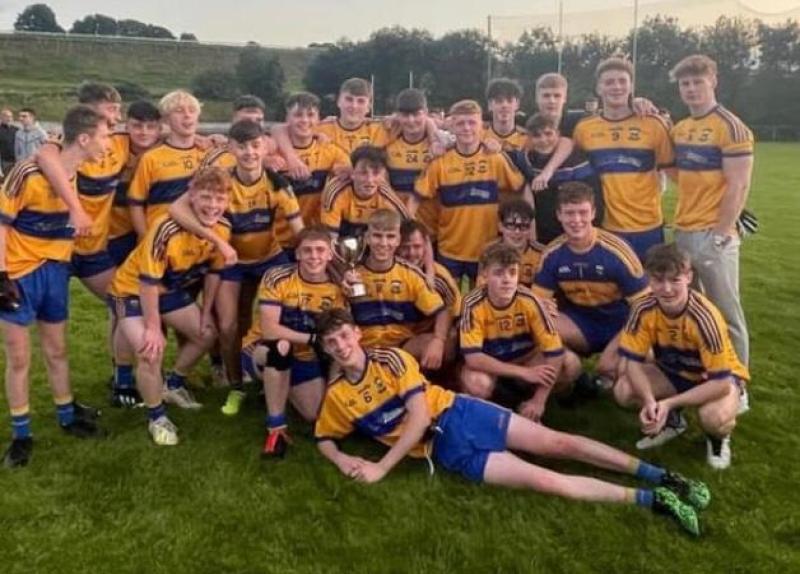 An early goal blitz was enough to lead Limavady to victory against Banagher on Monday night.

Limavady 6-7
Banagher 2-5
At the first water break, the winners led 4-1 to 0-1 as they threatened to score a goal in each attack.

Limavady were in a comfortable position following two more goals from Eunan McLaughlin and a second for Butcher as the Limavady attack threatened to run riot.

A straight red card to a Banagher defender ignited them and they dominated the final eight minutes of the half scoring two goals themselves to leave the half-time score 4-3 to 2-2.

The second half was a much tighter affair with defences on top, as the Banagher defence looked to shore up against the incisive Limavady attack, while the Wolfhounds guarded against the counter attack which led to them scoring the late first half goals.

The two teams swapped points in a cagey third quarter before two goals from George Campbell, the second a right footed volley into the top corner, ensured that the cup would be going to Limavady.