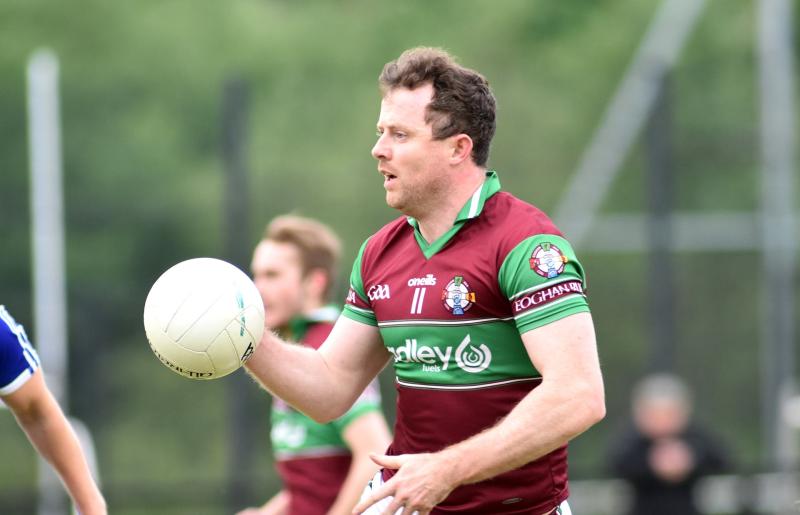 Two first-half goals put Coleraine on their way to victory in a high-scoring Derry SFC encounter with Banagher on Friday night at Fr McNally Park.

Two first-half goals put Coleraine on their way to victory in a high-scoring encounter on Friday night at Fr McNally Park.

The sides met in the hurling clash the previous week, but this game produced more scores.

Lorcan McMullen lit up the game for the winners with a tally of 2-3, while Tiarnán Moore notched 0-7 for the home side who lost Mark Lynch to a hamstring injury in the closing stages.

In an interesting aside, corner-back Sean Quinn made his championship debut for Coleraine at the ripe age of 38.

Banagher had started the better team, but were wasteful. They led 0-2 to 0-1 with points from Tiarnán Moore and a Peter Hagan free when Coleraine hit their opening goal in the eighth minute. Barry McGoldrick and Ciaran Lagan combined to set up Niall Holly to palm home.

Banagher hit back to level through Gavin O'Neill and Conor Feeney before McMullen and Aidan McGonigle pointed to edge Coleraine ahead 1-3 to 0-4 at the water break.

On the resumption, McMullen netted and two Dara Mooney points and one from Aidan McGonigle helped Coleraine go eight points clear. The sides traded three points apiece to leave it 2-9 to 0-7 at half-time.

Banagher outscored them 0-3 to 0-2 before the second water break, thanks to points from Tiarnán Moore (2) and captain Peter Hagan.

The home side got a 48th minute goal when the Cillian Butler spilled a long delivery and substitute Niall Moore palmed the loose ball to the net, cutting the gap to four points.

Coleraine responded immediately, going straight up the field to hit their third goal when McMullen palmed  it in from a fisted centre by Colm McGoldrick. They added two points before Banagher rattled off five in a row including two long range efforts from Gavin O'Neill.

The final say went to Ciaran McGoldrick, who burst through and applied a cool finish to the net.