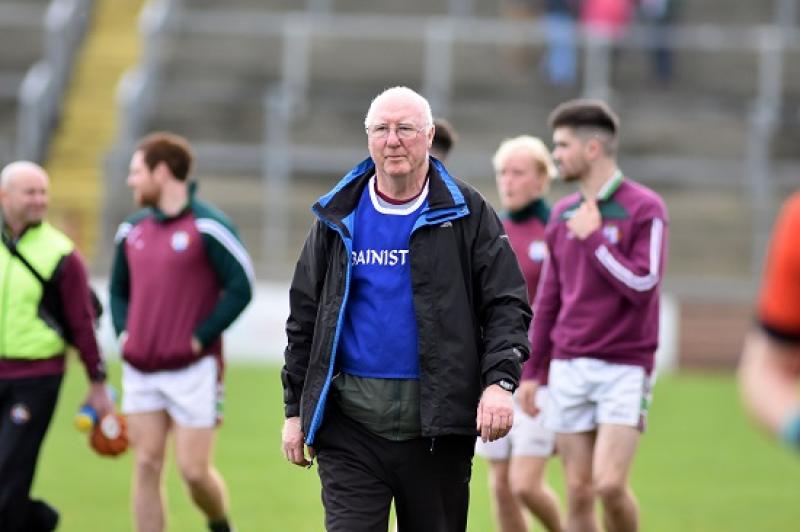 Sean McGoldrick (pictured) and Sean McLaughlin are back in charge of Coleraine. (Pic: Mary K Burke)

After four games, Eoghan Rua were the picture of consistency and were joint top of the table, but week by week they began to fall away.

On the Friday night they beat Claudy, they lost four players to injury before half-time. Two of them – Ciaran Mullan and Barry McGoldrick – didn't taste a league game since.

Their season did see Lorcan McMullen, Dara Mooney and Aidan McGonigle become more prominent in a team that has been crying out for a bit of fresh blood.

After their defeat at the hands of Slaughtneil, they shipped two heavy defeats against the counter-attacking power of Glen and Lavey, leaving question marks over their ability to challenge for a third title.

And if there is one team that you won't want to be facing when you are wavering, it's Banagher. Their 2019 adventure breathed new life into the championship. They seemed to thrive on it.

Charlie O'Kane has been serving a touchline ban of late and Sean Marty Lockhart has stepped in to give his son Eunan a hand along the line, with former Kilcoo coach Paul Devlin also part of the management team

They'll be hoping for the return of goalkeeper Daryl McDermott. With Coleraine dropping off the opposition kick-out, McDermott could really give Banagher that launchpad of secure possession we have become so used to.

Tiarnán Moore and Mark Lynch have been the inside men, but when Drumsurn cut off their supply in the league final, it took them 21 minutes to register a score.

But when they cut loose, they had Drumsurn on the ropes.

If Sean McGoldrick and Sean McLaughlin can marshal their defence to keep a clean sheet, it will give them a platform for victory.