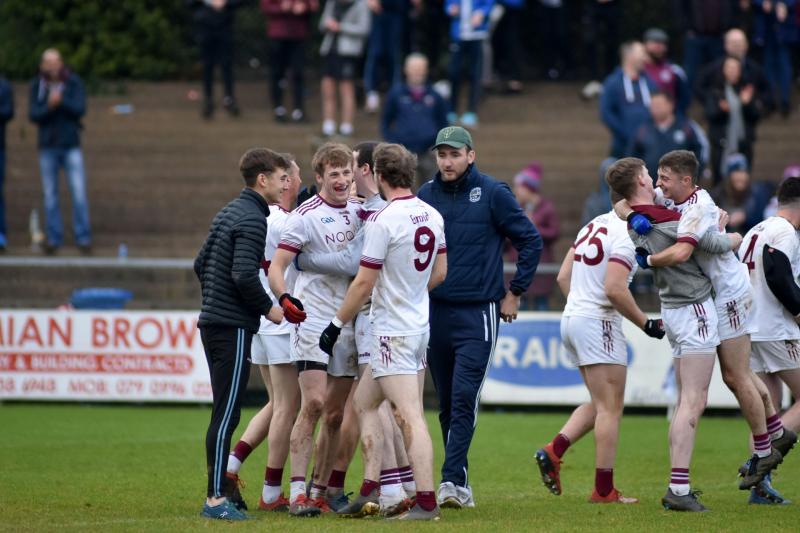 Champions Slaughtneil begin the defence of the Derry SFC title at home to Claudy on Friday night.

It's a case of the being the hunted rather than the hunter for the Emmet's as they open the defence of their title on home soil.

Paul Bradley came in last year as manager and steered them back to the top of the tree after two seasons looking in on county final Sunday from the outside.

Slaughtneil are now the team to beat again in the county and Bradley will be happy to have Gavin Devlin back as trainer following his season with Louth.

They are without Conor McAllister and Paul McNeill from last year's winning team, but welcome Karl McKaigue back to the mix. Karl was named as captain last year before injury ruled him out of the entire season.

The Emmet's have been getting their county players back gradually after Derry's football and hurling campaigns. Chrissy McKaigue and Cormac O'Doherty have been the last to return.

They face a Claudy side who have failed to win a game. They ran both Slaughtneil and Magherafelt to a single point in the league, albeit a very skeleton Emmet's side.

After a promising start against Coleraine, they faded away and have struggled to get their full side out this season.

They will be hoping to get some time out of Marty Donaghy to help Oran Armstrong, Aaron Kerrigan and Liam Connolly on the scoring front, but it's hard not to see a home win.

POLL: Who will win the Derry SFC?