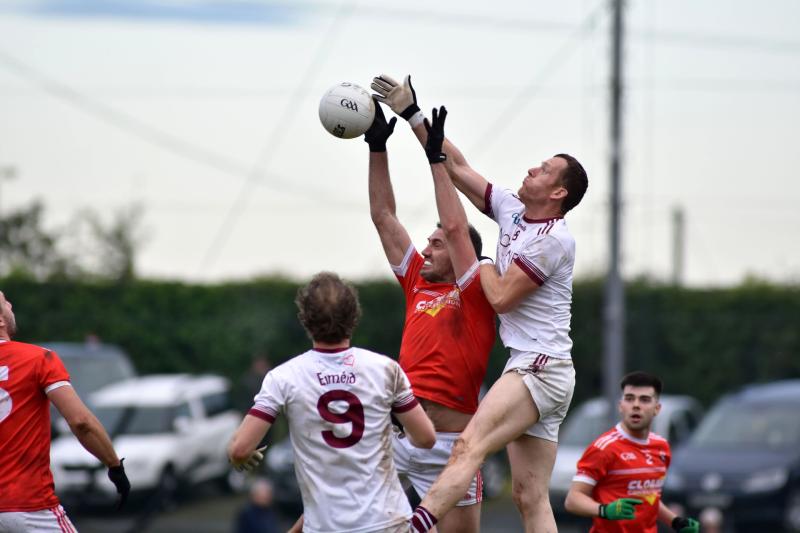 It seems like an eternity since the swing of Paddy McBrearty's left peg dumped Derry's summer of promise into oblivion. The relative 74 minutes of control in Ballybofey counts for nothing. It was a shattering moment.

Fast forward a few hours and with the last match report finalised before the holidays, I reached for a well deserved pint. And it was time to cast the eyes over England's (or lack of) penalty prowess.

I'd hardly my mouthful porter over my lips when a sentence hit me like a sledgehammer.

“I'm glad they were beat,” offered someone. “The boys need to be back playing for the club.”

“Well....I'm not,” I fired back, with the gusto with which it deserved.

That's the short-sightedness that would make yer blood bubble. When you cast the complete fascination Mayo have with their county team, you can see why the men from the west keep coming back to the top, year after year. The same can be said for Tyrone who took Kerry out at the pass on Saturday evening.

The split season, in my opinion, is here to stay. I'd love to be in Tyrone or Mayo's shoes right now. Looking forward to the most coveted of days at HQ. When Mayo offered a first half of lethargic mediocrity, I didn't give them a prayer of beating Dublin. Thank God I was wrong.

Tyrone were the same. They deserved to win and for no other reason than the sheer fearlessness they played with and the tunnel vision that took them down that path.

The Gaels of Derry have been all too used to parking those sort of dreams. It's time for the local scene. Hurling action began last weekend with Lavey and Kevin Lynch's putting on a roller-coaster of all that we love about the championship arena

Now we wait on the baptism of another chapter in a Derry club football scene that will spark in to action in October.

The recent announcement of Derry GAA's renewed streaming of games whets the appetite and the thought of Alan Gunn's commentary taking the championship buzz across the airwaves.

Players fine tuning their preparations. Getting the championship haircut and stocking up on new gloves. The team meetings on the eve of the game. Video clips to be dissected.

Pockets of players sit around, picking their version of team. The old hands are the same, lingering around training, with elbows leaning on the wire sussing everything out. Who will make it and who will get dropped. Who will throw the toys out of the pram to make way for their ego? There will be Mondays booked off and county final Monday pints factored in.

So much to look forward to, yet a lot to decide and to pan out. Now come the questions.

Is it Glen's time? In poker terms, they have went all in. There was the internal murmurs of the need for a sweeper-keeper with a varied kick-out. Enter Connlan Bradley. Imagine Conor Glass was back. He is. And if you are looking for a manager to pull all the troops together, is there anyone better they could've turned to than Malachy O'Rourke? Add in Ryan Porter and you have the full package.

This is Glen's time to tug hardest at the John McLaughlin Cup that rests in the clutches of their neighbours.

Slaughtneil have been operating at a high level for the best part of a decade. Add in Paul Bradley as manager. In the aftermath of last year's county final, Chrissy McKaigue complimented Bradley's 'incredible football IQ.' Gavin Devlin is no slow dozer either.

The question mark over the champions will be their strength in depth. Defenders Conor McAllister and Paul McNeill are out of the equation with injury. Karl McKaigue's last championship game of any note was their All-Ireland hurling final with Ballyhale Shamrocks. Francis McEldowney and Patsy Bradley's bodies are a year older and more battered.

But, collectively, they have what you can't find in a lucky bag – big match experience and the degree of calmness it brings.

They are the big two and there to be shot at. But that's why the group stages are a mixed bag. The top teams want to finish top to avoid each other on the 10 October weekend, when football really matters. So, that's why some will take group games more seriously that you'd expect.

It's not do or die, but league placings matter. But it's finding the balance with being fresh for the four knock-out games that dictate the destination of the silverware.

Speaking after their knock-out round win over Lavey last year, Magherafelt Assistant Manager Paul 'QB' Quinn mentioned how finishing second in their group and being handed a tough assignment had the champions primed.

The group stages defeat to Glen was 'probably' the best thing that ever happened Magherafelt Quinn outlined.

“The training after that has been superb. It has been over a year since they felt hurt from a defeat, so they needed that. That has really drove them on."

Every team is different. Look at Dungiven. Even if they'd have edged out Drumsurn for the Division 1B title, the new structures don't allow promotion. They'll be looking at the knock-out stages and being one win away from promotion via the championship. League placings are everything to Stephen O'Neill's side. Their clash with Foreglen is the start of their climb to where they want to go.

In terms of the overall race for the John McLaughlin Cup, the group format suits the favourites. They can slip once and still keep walking towards Everest. The minnow is robbed of that giant-killing opportunity. That's the downside. It stops a story like Dungannon's 2020 season unfolding.

Then you have the story of Lavey. Until they opted to concede their final league game against Newbridge, they were league champions elect, with a brand of football that is easy on the eye and suits the players at their disposal. How far away are they from winning a first title since 1993?

Can Loup go one step closer? Ballinascreen and Ballinderry finished at the bottom of the table, but can they do a Banagher from 2019 and find their form in the championship?

Is there another kick in Coleraine? Can Swatragh win two knock-out games back to back? Are Newbridge's exciting young guns able to take a scalp their development craves? Will Bellaghy win a first knock-out game since 2015? So many questions.

Then you have injuries and Covid. Derry CCC's championship regulations won't accommodate postponements unless a title or relegation rests on it. With a small window for games, it's time to horse on and the month of October will tell the story.

POLL: Who will win the Derry SFC?