Greenlough had three players black-carded over the hour 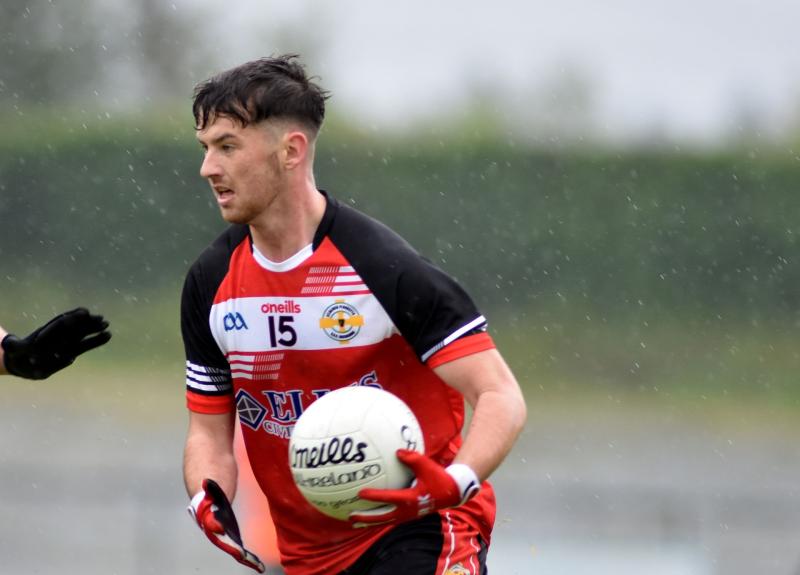 A late free from Stephen Bradley earned Greenlough a point at home to Faughanvale on Sunday afternoon.

Greenlough 0-12
Faughanvale 1-9
The home side, who were again without Enda Lynn, lost defenders Brian McCallion, Jack McCann and Conal McErlean to black cards during the game. The loss of the versatile McCallion was a big moment.

With ten minutes to go, the 'Vale had Mark Creane dismissed on a second booking and looked like grabbing the win until Bradley's final act of the day.

With a strong wind at their backs, Faughanvale scored on their first attack with Conan Murray slotting over. There was some wayward shooting, from both teams in the first ten minutes, with Greenlough going in 0-2 to 0-1 at the first water break.

The 'Vale responded with scores from James Moore on his return from injury, Kevin Martin and Kyle McGuinness popping up from defence to nick a point as the visitors went in ahead at half-time, 0-5 to 0-4.

Eoin McElhinney started the second half as he finished the first, scoring to put the 'Vale up. Both teams saw frees brought forward during the second-half.

Loughlin and Stephen Bradley were the leading lights for the home side, but Paddy O'Kane had Faughanvale back in the lead.

Dean Curran had a chance to put the game out of sight only to be denied by a fantastic Kevin Mullan save and it was Greenlough who had the final say with Bradley's equaliser.