Tiarnán Moore scored a first half penalty for the visitors 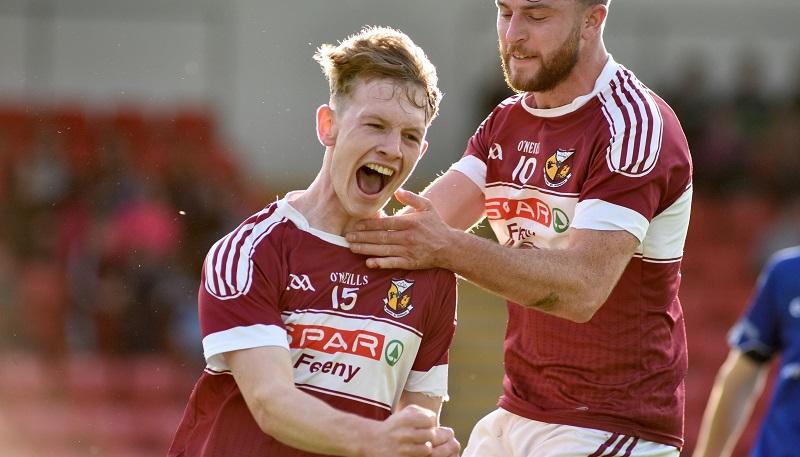 After a run of five straight defeats, Banagher picked up their second win of the season against Lissan on Sunday afternoon in Tullynure.

Banagher 1-17
Lissan 0-5
The depleted home side were given a chastening opening 30 minutes which saw them trail 1-12 to 0-1 at the interval.

Ruairi Quirk, Conor Feeney and Tiarnán Moore each registered two points, giving Banagher  11 points on the board before a Moore penalty left Lissan with a mountain to climb at the break.

The home side did manage to stem the tide after the break, but Feeney and Ryan McGillion each took their tally to three points before the end.

Lissan have both Kilrea and Dungiven to play, with Banagher hosting Castledawson this weekend.

Castledawson come through against Slaughtmanus in championship dress rehearsal