Emmett McGuckin scored his first point of the season 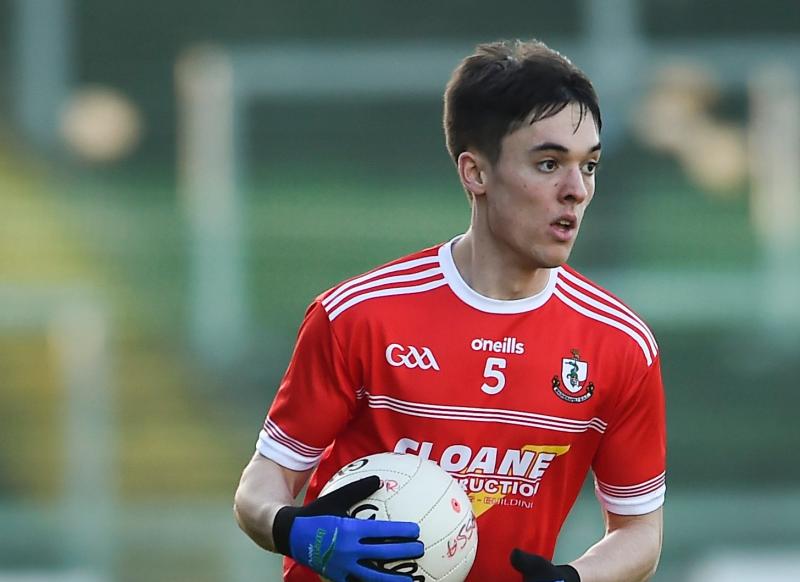 A goal from Conor McCluskey in the final quarter cemented victory for Magherafelt at Dean McGlinchey Park on Sunday afternoon.

Magherafelt 1-14
Ballinascreen 1-5
The 2019 county champions were four points ahead early on with Niall Higgins (2), Cormac Murphy and Shane Heavron all on target.

It took 10 minutes for the home team to register their opening score and it came from a long-range free by Ronan McKenna.

Noel Rafferty added the second six minutes later with a close range free to make the score 0-4 to 0-2 at the first water break.

Rafferty added a third 'Screen point from a 30 metre free after being fouled himself. Heavron was on target with three points as the Rossa pushed into a 0-7 to 0-3 interval lead.

McKenna added his second long range free for 'Screen seven minutes into the second-half after Ryan Doyle had been fouled.

Heavron, Higgins and wing-back Conor Kearns extended the lead but the home team got a goal just before water break.

Noel Rafferty powered the ball to the net after a Conor McKenna shot had been blocked on the stroke of the water break.

The final quarter belonged to the visitors with points from Emmett McGuckin and substitutes Coyle and McElhone supplementing a Conor McCluskey goal.

There was another appearance for Dan Higgins from the bench, with Eoin McEvoy making his senior debut in the final quarter.