Darren McShane felt his side had much more to give 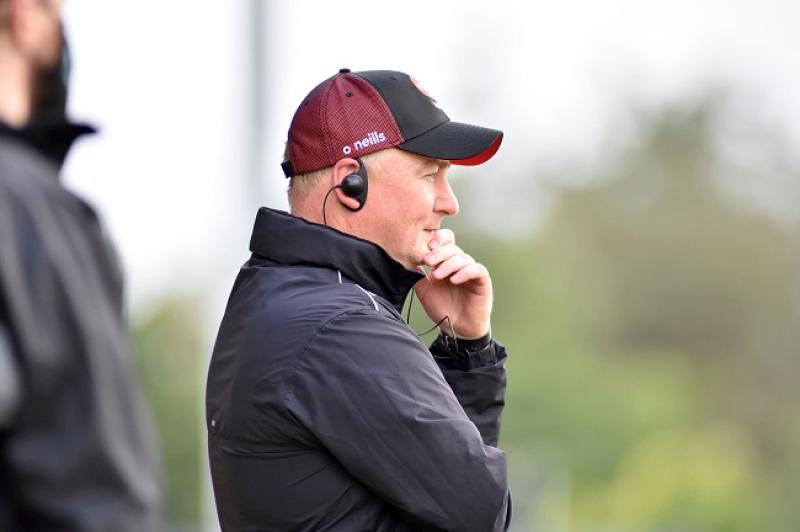 Derry minors' Assistant Manager Darren McShane's 'only regret' was not having more time with the 2021 crop after they bowed out against Armagh on Wednesday night at Owenbeg.

McShane always felt it was going to be a battle and there was more in his side had they managed to step over the first hurdle.

"There would be a massive improvement,” McShane outlined. “There are quite a few young lads in the panel who will be back next year who started tonight. We would just have loved more time with them."

The Oakleafers led by five points, 0-10 to 0-5, early in the second-half before a scoreless 22-minute spell, during which Armagh rattled off six unanswered points, saw them surrender their grip on the game.

"I felt we were fairly in control at that stage,” McShane said in relation to the game changing second-half. “We just needed to keep the scoreboard moving, keep picking off scores but we just went too long (without a score) when they were edging back at us.

“We had missed opportunities, we had dropped seven balls short when we maybe could have taken it in another yard or shown a bit more composure to keep the scoreboard moving just enough.

“Having not done that, it encouraged Armagh and they had a bit of momentum at that stage and we just couldn't get that score back to level it.”

Having just two players returning from their 2020 winning squad, Derry weren't able to swing the momentum back in their favour.

“It's really, really hard to turn it (the momentum) around, especially the first day out with this team," McShane admitted.  "We were maybe looking for a leader to step up or something good to happen. It was just such a struggle and we seemed to lose our edge and our legs a bit as the game went on. In the last 10 minutes we really didn't have the answers for them.”

Derry's 2021 squad were in Fermanagh for a challenge game within hours of the 2020 final win over Kerry and had a run out against Down in the build-up to their opener with Armagh.

McShane said the 10-day turnaround wasn't a 'major factor' in the team's preparation and wasn't prepared to use it as an excuse, but felt it asked a lot of Patrick McGurk and Niall O'Donnell, the only survivors from their win over Kerry.

“Tonight was their fifth championship game in five and a half weeks. That's a huge ask physically and mentally.

"The first game in the championship is always the hardest hurdle. Get over it and you can grow into it, particularly for this team with the time they've had. I really feel that they would have absolutely grown into this championship had they got across the line today but they are small margins. There were small margins back in December (2020 win over Armagh) but unfortunately tonight we are on the wrong side of it.”

A resurgent Armagh power back to grab victory at Owenbeg