Swatragh see off Newbridge to pick up first win

Newbridge started without U20 players Conor McAteer and Shane McGrogan 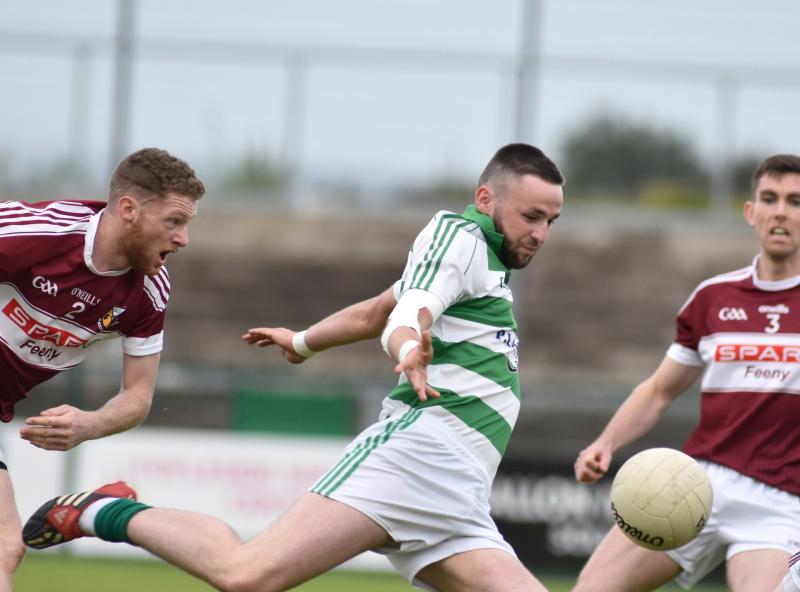 Swatragh picked up their first win of the season with a controlled performance at Newbridge on Sunday afternoon.

Swatragh gave a first start of the season to Patrick Kearney and had his brother Sean, himself on the Derry U20 panel.

In a tight first-half, a Swatragh goal made the difference. An error in the Newbridge defence was punished by promising Swatragh youngster Feargal Coyle.

The 'Bridge were left to regret missed chances, as a more economic Swatragh made most of their possession.

In the second-half, Swatragh managed the game by sitting back to close Newbridge, before their effective breakaways helped them into a six-point lead.

Declan McKeever had a fine game at centre-back on Swatragh playmaker Sean Kearney, but overall they couldn't get to the level of their performance to that of  the win over Slaughtneil.

For their part, Swatragh controlled the game before Nathan Rocks netted from a late penalty.