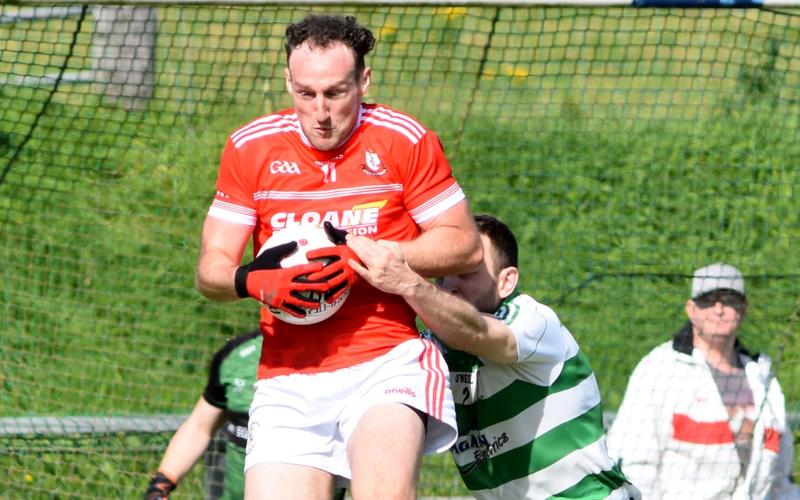 A stoppage time free from Shane Heavron won this tight affair on Sunday afternoon in Loup.

The sides were level six times over the cagey game that didn't produce any goalmouth action.

Rossa started well with a Jared Monaghan point followed by a Shane Heavron free before Paddy Bradley's side took a hold of the game.

There was a return for Thomas Mallon on goals and his kicking was exceptional throughout.

Two Anthony O'Neill frees tied the game before Ciaran Devlin fisted Loup into the lead at the first water break.

The home side continued their fine form with points from Glenn Martin and a Paddy Coney effort on the run. Antone McElhone nicked a neat score from a testing angle and later turned provider for Niall Higgins to level matters.

Conor Kearns then curled over the bar with the outside of his boot and Magherafelt were ahead at the break.

Magherafelt's kick-out strategy of pulling narrow before darting to the wings worked a treat as Dominic Crozier was always able to find a man and it allowed them to keep a grip on the game.

Anthony O'Neill expertly landed a sideline over the bar and with six minutes to go Padraig Kielt passed to McElhone as Rossa shot in front before O'Neill levelled the game.

It looked like a draw was on the cards, but when Darren O'Neill was adjudged to be fouled on the run, Heavron kicked a pressure kick to win the game from out on the sideline.

Loup finished with 14 men when Jason Rocks was shown a straight red card in stoppage time.

Glen get back to winning ways