Late McGrogan and McAteer secure victory for the 'Bridge 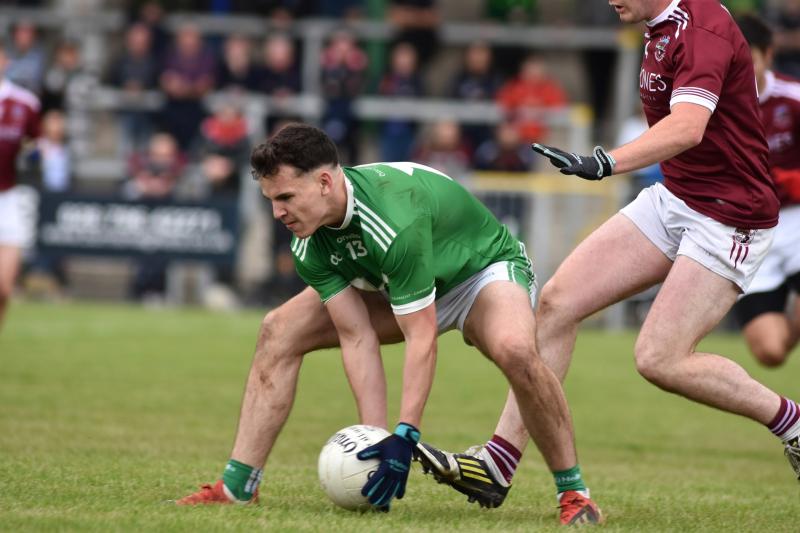 Points from Mark McGrogan and Conor McAteer clinched victory for Newbridge at home to Slaughtneil in Sunday evening's game.

The O'Leary's led from the 10th minute with Peter McGrogan's point putting them 0-2 to 0-1 ahead and their running game caused Slaughtneil problems. Nathan Rocks was fouled for a McAteer free before Shane and Conor McGrogan kicked two points for a 0-5 to 0-2 interval lead.

Only Christopher Bradley scored for a Slaughtneil side that went 25 minutes without a score in the opening half and they needed Antóin McMullan to make two interceptions off his line as the 'Bridge were able to create an overlap.

After the break, the home side went into a 0-7 to 0-4 lead by the water break before Slaughtneil found a spell of play that put them back in the game.

With 10 minutes to go, Bradley palmed a half goal chance over the bar from a tight angle, at the end of a fine move, to cut the gap to a single point.

The 'Bridge then stemmed the tide, but looked like they were going to throw the game away in the closing stages. McAteer had a shot denied by McMullan at the near post when a fisted point would've sealed the game and Peadar Kearney made a block from Peter McGrogan.

Eventually they went into 'keep ball' mode and after a quickly taken free, Mark McGrogan swung the insurance point before McAteer's late free completed the scoring.