SIDELINE VIEW: Put an end to change and the grey areas

It's time to stop changing the rules 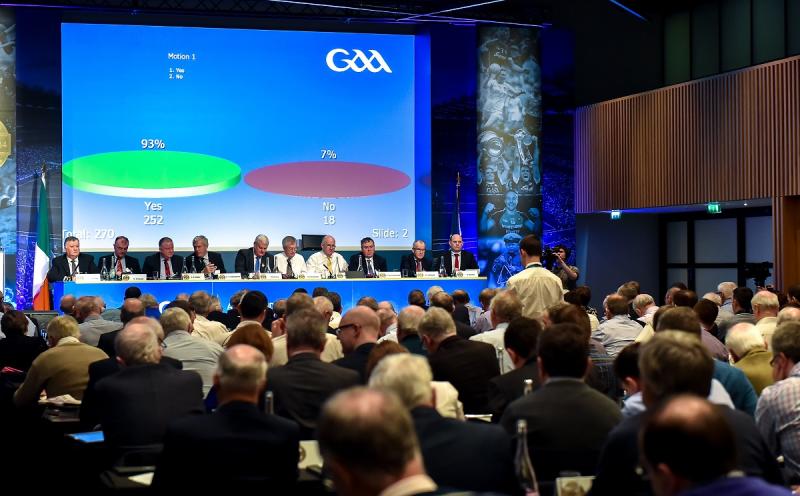 Fair play to Stephen Baxter. The Crusaders manager has a right to feel aggrieved after Michael Ruddy's penalty, the final kick of 10 in a penalty shoot-out, was ruled out despite being well over the line.

If he was angry, he certainly wasn't showing it on the outside in an emotional post match interview.

Ruddy needed to bag his kick to take the story to sudden death and BBC cameras clearly show the ball smashing off the underside of the bar and going behind the line. But the goal was disallowed and Crusaders' chance of a financial boost and playing in Europe vanished.

Speaking to the BBC, Baxter outlined how the referee and linesmen, the latter was positioned on the end-line with a clear view, apologised profusely for the error.

Baxter said it was an 'incredibly' tough defeat to take.

“He is not in a good way in there,” Baxter said about the linesman. “He should've seen it, but his honesty and apology are sufficient for me because it can happen to anybody and I believe him.”

After watching the interview, you just have to take your hat off to the officials and Baxter. One party admitted responsibility and the other accepted it. Deep down, he could have a whole different set of emotions, but given the opportunity in a television interview to throw officialdom under the bus, he chose a different direction. One of acceptance.

In the world of GAA, officials are being wronged by a constant changing of the rules by the very body they represent. Every year, there is change. On paper, one can understand the GAA's motivation, in a bid to shape the game into a more entertaining spectacle.

But, in my opinion, players and coaches have the greatest power to instigate change.

In the 1970s Mick O'Dwyer and Kevin Heffernan brought in savage running games to their Kerry and Dublin sides. Legend tells of O'Dwyer training the Kingdom for 27 days in a row, with his uncompromising wire to wire runs to the fore. It was simplistic and did what it said on the tin, finding an inner drive to take players from sideline to sideline until there was nothing left to give. Talent helped, but physically nobody could live with them, not even the Dubs.

In hurling, Donal Óg Cusack brought in a short puck-out strategy to the game in the mid-noughties and we have Stephen Cluxton, the greatest conductor of them all, changing the face of football.

Finally, when Jack O'Connor threw Kieran Donaghy, a midfielder lingering at the bottom of the pecking order, in their qualifier game with Longford in 2007, every club manager was pulling big men from the woodwork to build a long ball game.

Even now, the blanket defence is an outdated method of allowing average to poor teams to get beat as opposed to enduring a hammering. In football, the key performance indicator of successful teams is how fast you can counter-attack. The case in point is Donegal 2012. The previous year, they parked the bus. But it was the pace with which their bus was able to pull its way out of dodge in the next season's gameplan that helped bring Sam back to the Hills.

As this column has outlined in the past, the GAA referee is the most under pressure and unprotected individual in sport. All the rules brought to the congress table are geared towards the inter-county game, when a referee has a team of umpires, linesmen and Hawk Eye.

Rule changes need to be brought in to suit the referee heading, leaf alone, to a club venue on a wet Sunday afternoon.

When you think about it, what they have to deal with is simply impossible. As a reporter, taking notes on the game can be a tough ask at the time. Scorers. Assists. Cards. Tactical setups. Time. Water breaks. Sin bins. All while firing up a few Twitter updates.

Referees have much of this to contend with, while running from box to box to find the best angle and listen to a barrage of abuse. In some cases, those who are hollering the obscenities don't know the rules either.

Think of some of the most recent offerings from the top table. No joint captains lifting cups. A protocol for the national anthem. Giving managers a choice of seven substitutes for a game played at a higher intensity than ever, and limit them to just five windows.

The latter rule might just be to avoid substitutions to waste time. and I get that. But Kieran McGeeney was right in a recent post game interview when having used his five substitution windows, he had to finish the game short of men.

He might be Armagh's iconic leader and still has a physique that would play, but he is not a mind reader to see which players will pick up an injury or lose form during the second half and need to be replaced. Surely, the extra time should just be added on and factored in at the end.

These are the sorts of things that leave us scratching our heads.

When you think back to the club referee. There is the attacking mark and the sin-bin. What a strain on an already under pressure attention span of a referee.

The next that came was an advantage rule, which has now been changed. Now it can only be allowed if there is a 'clear' goal scoring opportunity or a player has 'time and space'.

What a grey area, left to the referee's interpretation. No two referees are the same. How do you define a 'clear' goalscoring opportunity?

A rookie attacker through with a seasoned and top quality defender may not lead to a clear scoring chance. A referee who knows the club scene inside out may factor this in and not play the advantage. Another might call back a star attacker going through on a defender who hasn't a prayer of getting a tackle in, never mind stopping an attack. In the second case, a referee might not allow the advantage. It's not clear cut.

All this does is leave referees with an impossible situation made even worse, with the frustration emitted from both camps. What chance does he or she have?

When you think to the linesman who ruled out Crusaders' fifth penalty, his decision was black and white, the ball is over the line or it isn't. Even then, a mistake can be made.

With the GAA chopping and changing the rules, some of which are at county level and others are not. It leaves it a confusing world of frustration bubbling towards anger. Or worse, into violence.

Aggression will never be far away from sport when it is so important to us. Nor should it be. But when certain individuals can't differentiate between the controlled aggression we all crave and something that is unhealthy and dangerous, that's the dark side.

I think the time has come when a club committee has to make one final proposal, that the top brass leave our games alone and stop tinkering with the rules. Let it all find its own way towards self improvement.

And finally, back to where we started, to Stephen Baxter. It would be nice to see a few follow his lead. Referee decisions, luck and the rub of the green, they usually balance themselves out over a season.