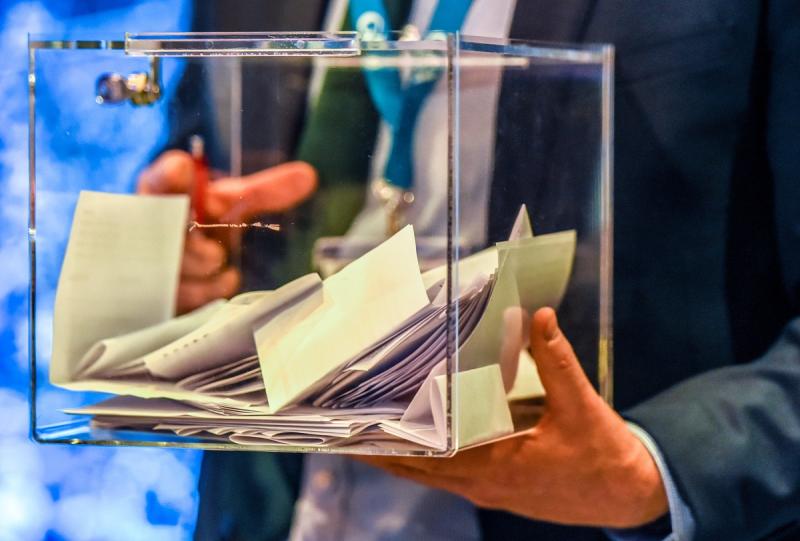 A motion by Derry club Glack for a rule change to help the exodus of players from smaller clubs will be brought forward after it received a majority vote at Monday's AGM.

The meeting, facilitated by club joining via video conference, lasted just over 63 minutes and saw Chairman Stephen Barker  - and virtually the entire county board - elected for a second term.

Only Glen's Una Ferguson was forced to step down after five years as cultural officer, with Glenullin's Niall Comer elected to take over.

GAA Official Guide 6.4(d): When a player first legally participates in club competition with a club (including a club within an independent team) at U12 or over (including Go Games) organised by the County committee or one of its sub committees, that club becomes his/her first club

"We seek to amend 6.4(d) to read that when a player first registers with a club, this is his/her first club irrespective of age or participating in club competition," read Glack's motion.

Speaking on the motion, Glack said they were suffering from losing players to clubs perceived to be stronger and playing at a higher level, something Ardmore agreed with.

It was passed and will be taken forward by Derry GAA.

A motion from Ballinderry, asked the CCC to consider using the same structures from the 2020 season next year, with the championships now played on a knock-out format.

- That the club championships are structured using the same format as that used in 2020. (Ballinderry) - PASSED

Dungiven spoke on behalf of a motion to have another team from the club play in the junior league, on top of their current senior and reserves teams.

They also pointed out their intention in keeping a Recreation Reserve team, with players wanting an option to play football at a level with less competition.  It takes the number of adult teams to four, motivated by player retention.  Glen also spoke in support of the motion which will be carried forward to the 2021 CCC for consideration.

- That 2021 CCC review the league entries and allow clubs with thirds teams the option to enter their junior team into the junior league. (Dungiven)

Slaughtneil brought forward a motion that will look at the playing landscape above U17, under the new age grades.  Stephen Barker pointed to the county's proposal to play U18.5 and U20 level competition, while saying that Derry need to consult with Antrim on the matter, given the clubs playing hurling in the Antrim league.

- That Coiste Dhoire organise meaningful U19 club leagues and championships in football and hurling, similar to current minor schedule, to bridge the gap from U17 to senior grade and to provide appropriate games and development opportunities for players emerging from U17. (Slaughtneil)

Newbridge have proposed that club reserve teams no longer play their championship games on a Monday night of a championship weekend.  The motion has been passed to the 2021 CCC.

- That Senior/Intermediate Reserve championship knock-out games are played, ideally, on the following Friday after Senior knock out games rather than the Monday as is the current situation, and if a Friday clashes with hurling championship the game is played on the Wednesday. (Newbridge)

The following motions, asking for underage groups not to change to U13, U15 and U17 could not be considered, as they were not written correctly to be put to the GAA's Central Council.

Glenullin highlighted that very few clubs were in favour of the new age grades and asked Derry GAA if a motion could be written on behalf of clubs going forward.

Derry Chairman Stephen Barker said that the new age group motion came under the power of Central Council and couldn't be changed.

The motions, sent by clubs, are listed as were as follows:
- That Choiste Chontae Dhoire’s underage football and hurling competitions remain at U12, U14, U16 and U18 in 2021 to prevent the loss of young players faced with transitioning from a decimated U17 season in 2020 straight to Senior in 2021 (Slaughtneil)

- That the 2020/21 Derry GAA County Management Committee consider bringing forward a motion to Congress a return of underage levels as they have been in previous years i.e. U12, U14, U16 and U18. (Glenullin)

- That Derry GAA do not change the underage grades and keep them as they are. (Newbridge)

Stephen Barker pays tribute to Hugh McWilliams and looks ahead to 2021.  CLICK HERE...