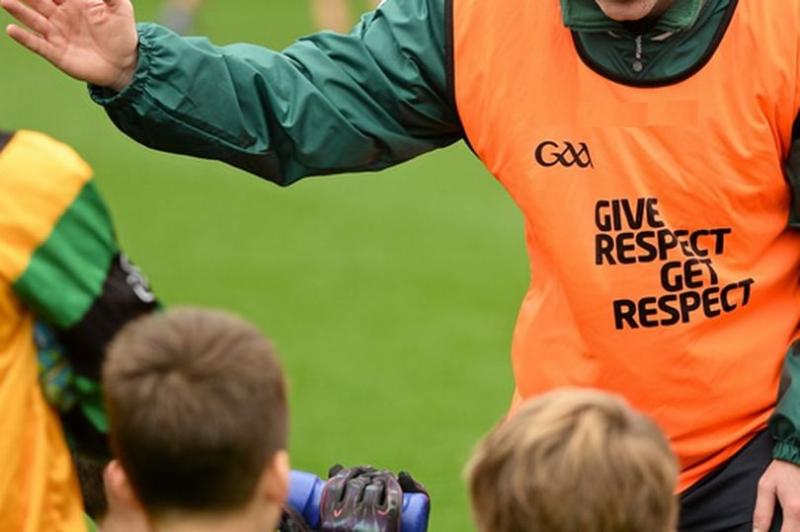 The concrete between my feet was a lonely place, as I stared into the void under the seat in front of me.

Please let him get through this. That's all I could think of. I wasn't on my own.

Shuffling my feet from side to side, I was the same as everyone in the Owenbeg stand. Kevin McCloy and his family were foremost in my thoughts.

The former Derry captain had collapsed during Lavey's 2014 championship clash with Magherafelt. Thankfully, with the help of doctors, present at the scene, Kevin was brought back to life.

Once a cauldron of noise, the stand was now silent. Well, almost silent. The quaint murmurings of prayer was surreal.

As I sat deep in prayer that night, I thought of how it could happen to anyone. ”See ya later,” - or something similar - would be the words uttered going out the door to pull on that orange and black jersey, to represent his family and community. Those words took a new meaning with me that night.

Surely that moment of solidarity would make people think. The players, managers and officials inside the wire are human. They have loved ones at home. A job and the financial commitments. Pressure at work.

GAA, like other sports, is supposed to be a release. As I prayed for Kevin and his family, I also thought how these moments should change how we would treat others.

The next night and the nights that followed, there would be a greater sense of respect for those around us. That's what I hoped for.

I could never have been more wrong. As the weeks went past, the colours of the jersies changed, but the vitriol being roared from the terraces continued.

It's as if, once you pay your money at the gate, you have an entitlement to roar all sorts of obscenities.

Saturday marked World Mental Health day and it got me thinking how sport can have an input. Exercise plays a huge part in fostering positive emotions. But sport also destroys.

At another game, there was someone in front of me – in the same Owenbeg stand - roaring for all he was worth at a linesman. It was before my time reporting on games. Like those around me, I was just enjoying the action. But for the individual in front of me, the justification was the need to question something the official may or may not have saw.

It wasn't an All-Ireland or a World Cup final, not that it should make any difference, but the roaring continued. I politely asked to refrain and to leave the linesman alone. After all, we had come here to watch a game.

The clenched fist held in my direction and the veins pulsing from the side of the individual's neck told me it was a battle I was never going to win. It needed a collective stand.

I immediately asked myself where this individual was on the night Kevin McCloy was fighting for his life. It made me wonder that many Gaels, simply should not be anywhere near games...if they cannot control themselves.

Earlier this year, some of us were forced to stay at home. The coronavirus, that is still holding us hostage, was going to change our outlook. Except...it hasn't.

The GAA world remains one angry concoction of noise. It has got to the stage where people should be recorded and forced to watch themselves in action. Hollering abuse at someone's son or daughter, father or mother, brother or sister. They probably don't even realise they are doing it.

A few of the games I watched back on the Derry GAA streaming service, I had to turn down the volume. I think we can all relate to it.

It's not that supporters should sit back and say nothing. Sport thrives on emotion. There is nothing better than a packed house, pre Covid-19 of course, with the noise heaving its way onto the pitch and the players thriving on it.

I just think the abuse at games has careered out of control. Every referee decision is questioned. There is a tunnel vision, that nobody sees anything other than their own team and players on the opposite team are fair game, in terms of abuse.

There is a line we should not cross, but I am concerned at the lack of overall respect. The goading has reached a toxic level. It happens between players, with verbal sledging trying to intimidate an opponent.

Do teams really need it for success? Is it really the grain of sand that tips the scales of success and failure? Is it a sign of manliness? I think not.

There is covering all the bases needed to win. That's called planning. Then, there is the win at all costs attitude.

It is becoming more apparent how nasty the latter can be.

It's not in the majority, but the problem is that people are turning a blind eye to it. And the more we do, the situation will only worsen.

I was at two championship games recently, where one set of fans spent the entire game roaring obscenities at the opposing team. Not once did they cheer or compliment their own. It was all about putting the other side down. It was sad really.

It ranges from putting a free-taker off his game, or abusing an individual player or intimidating officials.

I witnessed a goalkeeper being targetted by someone from the crowd, from the first ball to the last. It was incessant and downright sickening. The worst thing was that nobody had the nerve to ask him to stop. Those who verbally abuse people at games aren't Gaels and should be asked to stay at home.

In an era when mental health is prevalent, clubs have a responsibility to stamp this out. Like the constant appealing of red cards, there is acceptance that any wrong doing will be condoned.

A harsh sending off, or one where a referee has made a mistake, should be looked into. That's only fair, but by and large there is just a constant disregard for officialdom. Almost an entitlement to question everything.

The GAA is heralded as this great organisation and, mostly it is. But I think it has been hijacked by those who fail to show any degree of respect for others.

We don't want an environment where everyone is wrapped up in cotton wool. People have to be resilient enough to stand up to a certain amount. But when does it cross the line?

To get respect, you have to give respect. It's a two way street.

Last weekend, club social media channels were awash with messages of support for those lingering in the darkness of struggle against the nagging voice of depression. And that is great.

But, talk is cheap.

Clubs and role models are the real vehicles of change. Together, they need to have the courage stand up to the nastiness and make a stand.

Otherwise sport is going to be suffocated by an ever increasing theme of nastiness.