The Glen defeat was the best thing ever to happen, says Magherafelt selector 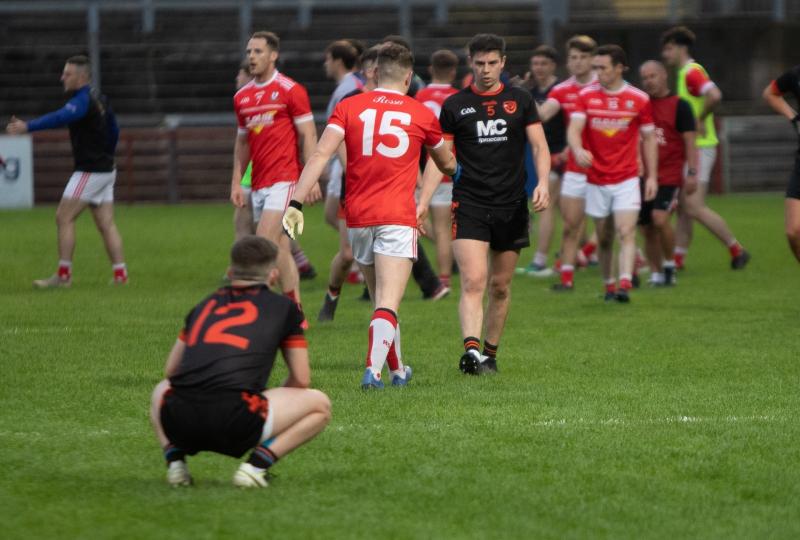 It's not until your team are in the thick of action that you can tell if they have the appetite for the battle, according to Magherafelt selector Paul Quinn.

'QB', as he is better known, was happy at how the reigning Derry champions responded to any Lavey comeback in Sunday's cagey encounter at Celtic Park.

The Rossa's missed two goal chances before Ryan Ferris' thunderbolt to the roof of the net put them on their way to a 1-8 to 0-9 victory and a quarter-final final clash with Swatragh.

Quinn is part of Adrian Cush's management team, now in their third season at Rossa Park.

“We weren't expecting (there to be) much in that game and that's the way it turned out. The first 15 minutes wasn't great, at one-nil. We missed two goal chances that could've settled us down and it took us a while to settle down.”

After leading by two at half-time, Lavey overturned the champions to edge ahead. It wasn't until two late Cormac Murphy points that they opened some daylight between the teams.

“We responded, which was really good,” Quinn offered. “We thought in training and we think they still have the hunger and they are really hungry, but you don't know really until you are in something like that (Sunday's game with Lavey), whether you have it or not and I think in the end, they showed they really want to defend this title.”

Magherafelt had wins over Banagher and Magherafelt, with a defeat to Glen sandwiched in between, forcing them into second spot in their group and Sunday's clash with 2018 runners-up Lavey.

“The defeat to Glen was probably the best thing that ever happened to us,” Quinn replied, when asked if the Lavey challenge was something his side needed to get their championship bite back, as they prepare to defend their title.

“The training after that has been superb. It has been over a year since they felt hurt from a defeat, so they needed that. That has really drove them on,” continued Quinn of last month's county final rematch.

“In the last 15 minutes, they (Magherafelt) showed great battling qualities which was really good to see, even in defeat. Thankfully we got that performance out of the way before the knock-out."