Ballinderry and Newbridge to clash of familiar faces 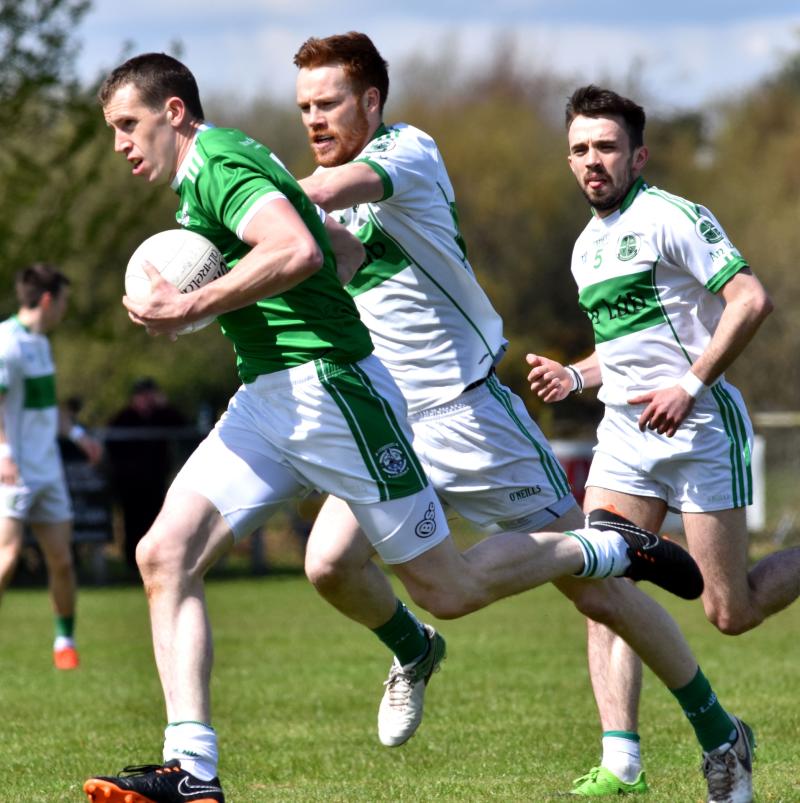 Michael Bateson will be a vital player for Newbridge (Pic: Mary K Burke)

From U14 to senior level, Newbridge manager Killian Conlan has coached all of the current Ballinderry team, but this weekend he is in the opposition camp for an eagerly awaited clash.

The clubs had a feisty rivalry in the 1980s, which gives this weekend's game the first part of the storyline.

The other part surrounds the respective management teams. Conlan, who lives right beside Shamrock Park, was taken on board by current Ballinderry assistant manager Niall Conway in his tenure with Derry minors. He would've coached assistant manager James Conway at senior level, his brother Mickey C is now the Shamrocks' coach, with their cousin Mark McGeehan also in the setup.

To add to the mix, Ryan 'Bulldog' McElhone – a far out relation of the Conlans – is on the Newbridge management team. Any communication this week will be both as awkward as it is cagey.

Newbridge could have a concern over goalkeeper Michael O'Neill who picked up injuries in the past two games, but will have Nathan Rocks back after suspension, even though the skipper is nursing a hand injury.

Defender Declan McKeever sustained a hamstring injury against Foreglen, but was back on the squad for the Bellaghy game, giving them more options ahead of team selection this week. They will also have a decision to whether to start PJ O'Neill, who set up 1-1 in their fruitful last quarter, or keep the experience of Michael Bateson and keep an injection of energy for later.

There is more uncertainty in the Ballinderry camp. Outside of Daniel McKinless and Aaron Mullan, who Niall Conway is planning without, it is very much a waiting game.

Kevin McGuckin didn't feature in the Glen game, which was essentially meaningless in terms of the placings, and youngsters Shea Coleman, Sean Graham and Oisin Mullan have all saw action in the group stages.

McGuckin's spot as sweeper will be an important one against a Newbridge side who tend to play man on man, with the exceptions of Conor McAteer dropping off the inside duo.

Ryan Bell's hamstring is a cause for concern and his older brother Declan Bell, their marker in defence has been troubled with injury and went off in the win over Banagher, joining Eamon Wilson on the injured list. Darren Lawn is another and this week will tell a tale on what 15 the Shamrocks start with.

If Ryan Bell is deemed fit, his battle with Paudi McGrogan will have a huge bearing on the game. Ballinderry will need a big game from Raymond Wilkinson as well. With Connor Nevin at centre-back, it will allow Gareth McKinless to play a free role from midfield – linking the play from defence. He is very much their go to man.

It all points to an intriguing contest, one both teams will fancy themselves to win. A hallmark of the last two performances was Newbridge's fitness levels in the final quarter. In the Bellaghy game, neither took a backward step and it added to a feisty hour.

A win would be a huge statement for Newbridge's young players who are beginning to mature and have county underage experience behind them. A tough game to call. One to go to the wire and perhaps a Newbridge win. Just about.