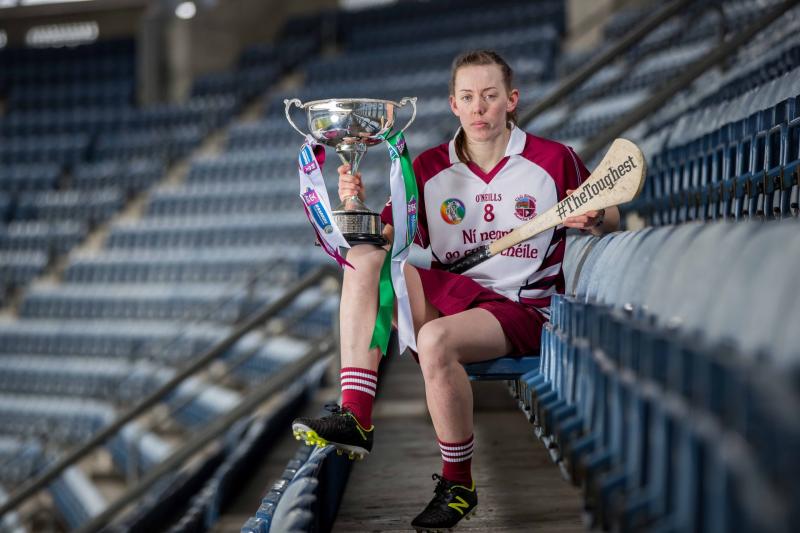 Slaughtneil's Louise Dougan will compete in the All-Ireland Poc Fada Finals on Annaverna Mountain in County Louth next month.

Dougan has been one of the Emmet's key players on their match to three successive All-Ireland camogie titles. Her role as sweeper and delivery of long balls into the attack was central to their gameplan.

She is the only Ulster entrant in the camogie competition that includes reigning champion Catriona Daly of Galway.

The mens' even includes Tyrone's Paddy McKillian and Gareth 'Magic' Johnston of Down.

The event, backed by loyal sponsor Martin Donnelly, was officially launched by Uachtarán Chumann Lúthchleas Gael, John Horan. This is a very special year for a number of reasons. Firstly, this year’s competition is an invitational event seeing recent competitors return to the mountain in what promises to be a highly competitive field.

Also, it marks 60 years since the first event which saw six U16 boys compete. This year also sees us celebrate one of the longest running GAA sponsorships. Martin Donnelly has been sponsoring GAA Poc Fada for 25 years.

“Given all of the difficulties we have experienced with staging events this year because of the pandemic, it is uplifting to see that the significant 60th anniversary staging of An Poc Fada is in the calendar with an invitational field of talent assembled,” commented John Horan.

“There is great credit due to the organising committee who over the last number of years have succeeded in greatly reviving the interest in an event which has its roots so deep in our history and consistently draws some of the best of our players to the fabled Annaverna mountain range.

Due to Covid-19 restrictions that have been in place in the months leading up to the event, there is no Under 16 competitions this year.

Proceedings will get under way at 11am on Annaverna Mountain, Ravensdale, Co. Louth on Saturday, September 5th.